In the next two years, we can see 10,000 chargers deployed across India — Dr Akshay Singhal, Log 9 Materials

Log 9 Materials launched its ‘Responsible Delivery Movement’ campaign, along with its InstaCharging Stations that take 15 minutes to charge EVs to full. Log 9 also showcased the Hero Electric EV with Log 9’s battery pack and its ability to charge quickly. To understand more about the plans, we speak to Dr Akshay Singhal, the Founder & CEO of Log9 Materials. 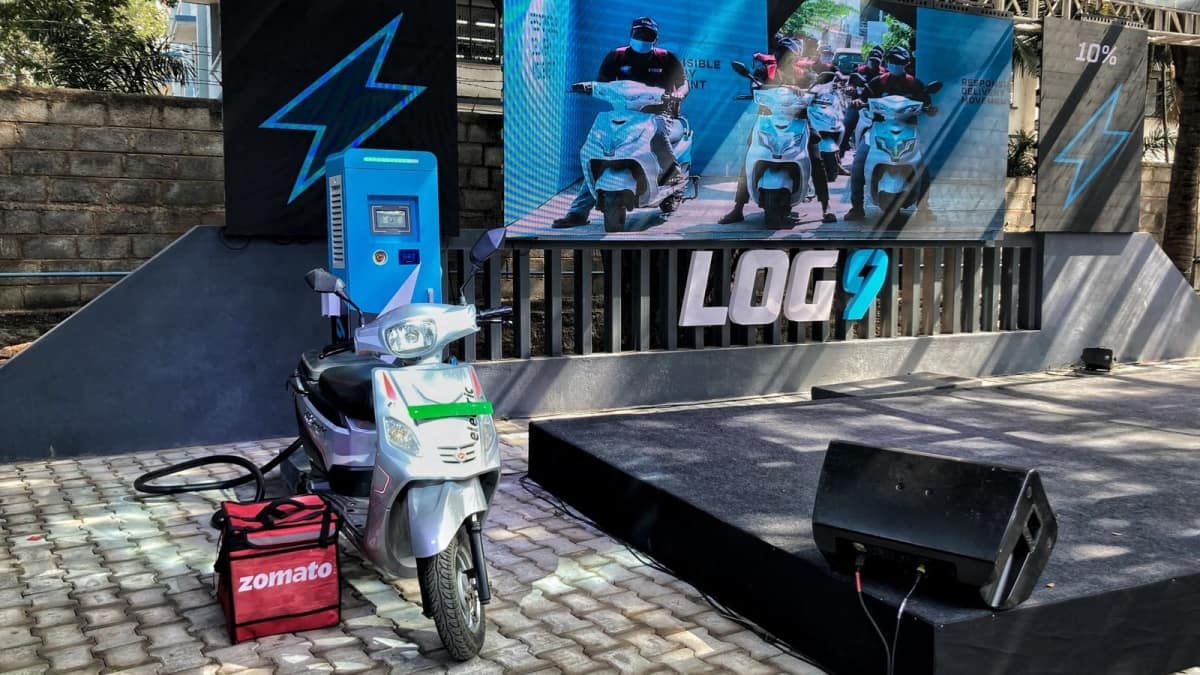 Log 9 Materials, a Bangalore-based EV tech company, launched its ‘Responsible Delivery Movement’ campaign. The event was a platform for Log 9 to showcase its latest battery technology, along with a demonstration of its quick-charging capabilities via its ‘InstaCharging Station’. With the new rapid charging stations, Log 9 is looking at offering commercial electric two and three-wheelers a dependable alternate mobility solution.

Log 9 claims that the new InstaCharging Station can fully charge the Hero Electric scooters – which Log 9 has partnered with – equipped with batteries from Log 9 in 15 minutes. The batteries are designed to integrate with the public charging infrastructure across the country, and Log 9 will install its InstaCharging Stations to increase the density of chargers across the country, starting in Bangalore. “In the next two years, we can see 10,000 chargers deployed across India,” said Dr Akshay Singhal, the Founder & CEO of Log9 Materials.

Speaking about the actual impact EVs make, Akshay said, “Personal mobility vehicles are sure higher in number compared to last-mile delivery vehicles.” Given the fact that an average commercial vehicle or a last-mile delivery vehicle runs more than an average personal vehicle, Akshay said, “Mobility becomes green only when we are able to make the impact. In that aspect, it makes more sense to target the B2B segment first, and that’s what we are doing.”

The battery packs themselves are subjected to extreme testing for safety and reliability. Log 9 claims that the battery packs are designed to outlast the vehicles and claim a life of 40,000 charge-discharge cycles. “Our batteries are slightly heavier than conventional Lithium-ion packs, but the overall weight, when combined with a vehicle, is around 5 to 8% heavier,” said Akshay. The batteries are tested under extreme temperatures ranging from -30° to 60° C. “You can even put them in an Oven and roast them, they will not explode,” said a confident Akshay.

Being sealed units, our batteries are IP67-rated, so water won’t damage them. Also, since the batteries do not need additional cooling, there are no open vents of spaces that can let water and damage the packs. “Since we don’t need any additional vents, it’s easy for us to design a battery that is sealed and waterproof,” said Akshay.

“We are in talks with several OEMs for our battery technology, and we will reveal them in the coming months,” the Founder said. Currently, Log 9 is partnered with Hero Electric and Omega Seiki to supply battery packs. Akshay said, “We will grow our partnership with other OEMs as well, and soon have more two, three, and four-wheelers. Our partnership will extend to larger commercial vehicles with our battery and charging technology that can travel between cities such as Bangalore and Mysore.”

Apart from batteries for electric vehicles, Log 9 has batteries for solar power, a project that’s in full swing in Maharashtra. The solar power project is heading towards harnessing renewable energy to create electricity and the batteries are designed to store and supply power. A scaled-down version of the project is what powers Log 9’s office in Bangalore. “We have a solar setup here that helps us power the EV chargers,” said Akshay.

The battery packs are made in-house at Log 9’s facility in Bangalore, and the company is expanding its manufacturing area to a nearby facility. Currently, Log 9 has the capacity to manufacture 10,000 three-wheeler EV battery packs. “We will scale up significantly by March 2022,” added Akshay.