EV sales have more than tripled in the first half of FY22 — Abhijeet Wassan, Mac Auto

In a conversation with Abhijeet Wassan, the Founder and Director of Mac Auto, we get to know the story behind Mac Auto, its current offerings, and what is planned for the future. We also get to know how the perception towards EVs can improve, and what the EV market will look like soon. 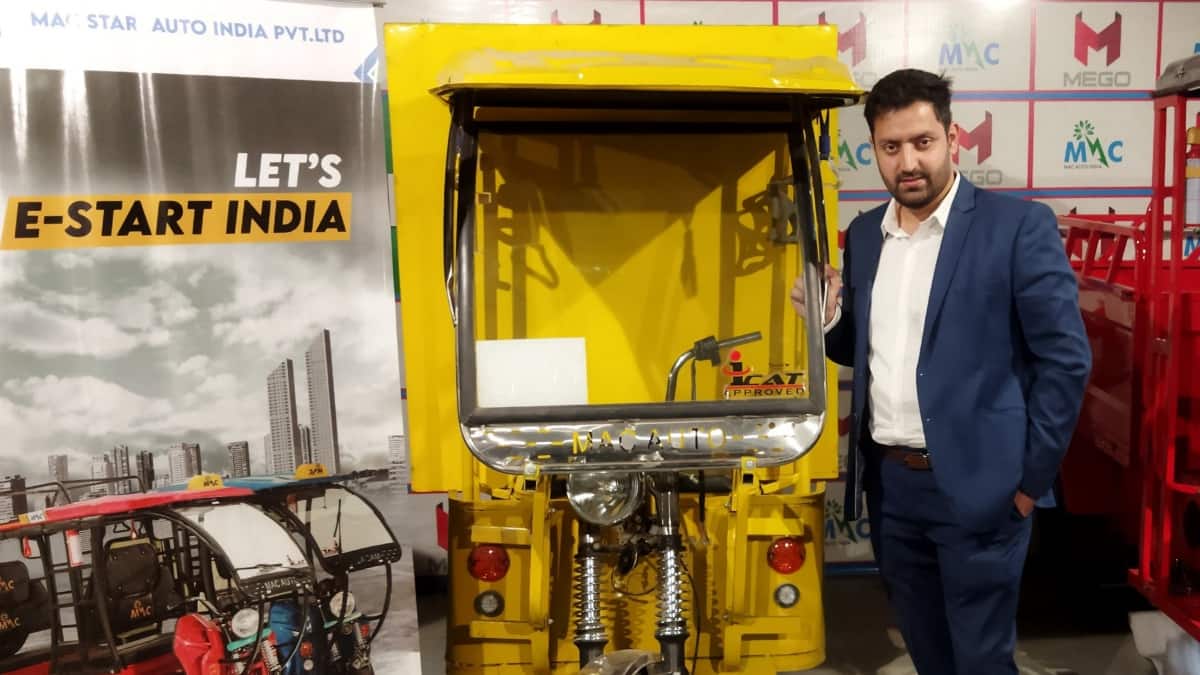 Founded in 2014 after seeing several electric rickshaws being imported from China and noticing quality and standardisation issues, Abhijeet Wassan – Founder and Director of Mac Auto – decided to manufacture e-rickshaws indigenously. Having started production in 2015, almost 70% of the electric three-wheelers were made indigenously, and later in 2016, the company got its ICAT approval. In its first year of operation, Mac Auto had 45 dealers, however, by 2018, the company ramped up its reach with 165 dealers.

To understand more about Mac Auto, Express Mobility reached out to Abhijeet to know about the company’s current path and its plans for the future. Abhijeet, explaining the amount of localisation said, “In the three-wheeler segment, the dependency of product sourcing and manufacturing is 90% locally. The rest of the components are imported from China, primarily the power train and drive train.” In the last year, Mac Auto started its own R&D and built an electric rickshaw and a cart, which have a life span of almost five years.

Abhijeet added, “the Electric Vehicle Market is surging significantly and is expected to grow to 15 million units by 2025. Decreasing battery costs (expected to drop by half), combined with a host of technological features, will contribute towards rising electric vehicle sales. Also, government subsidies are helping generate good traction in EV sales, which created high competition in the EV marketplace.”

Speaking of how the perception of EVs can be improved to improve sales, the Founder said, “The sale of electric vehicles in India was lower until the base of the industry was not as deep-rooted as today. In the past five years, a lot has changed about adopting clean energy solutions and contributing towards building a sustainable planet. Electric vehicles are, no doubt, a feasible energy solution to the country’s dependency on oil resources. They are economic, environmentally friendly, and easy to ride that meets many practical needs of the present environment.”

He added, “Gradually, the Indian EV industry has started acknowledging the benefits of electric vehicles. In addition, it appears to have taken the crucial steps to drive the sector’s sales, including customer outreach, better pricing for electric battery packs and strengthening the charging infrastructure. This has led to a significant rise in sales of Electric vehicles positioning them as a necessity in the auto sector. According to the stats- EV sales have more than tripled in the first half of FY22, reaching 1.18 lakh units, dipping the sales of ICE (internal combustion engine) cars.”

Mac Auto’s growth has been a success story — from making ₹6 million revenue in the very first year to ₹890 million in 2020. Having started in Delhi, the company now has its presence in 125 cities and is looking to expand to 300 cities in the next two years. Mac Auto is looking to expand by venturing out to building low-speed electric two-wheelers and high-speed electric three-wheelers with the latest technologies while also building a network of charging stations.

Mac Auto has plans to launch a high-speed L5N electric three-wheeler during the first quarter of 2022. The company is also looking at expanding its portfolio by launching low-speed electric mopeds, scooters and cycles, focused on the cargo delivery segment. Meanwhile, Mac Auto is indigenously developing Lithium-ion battery technology.