The overall EV sales in September 2022 noted a 6.2 percent Month-on-Month increase accounting for sale of 93,605 units, and jumped 173 percent year-on-year. 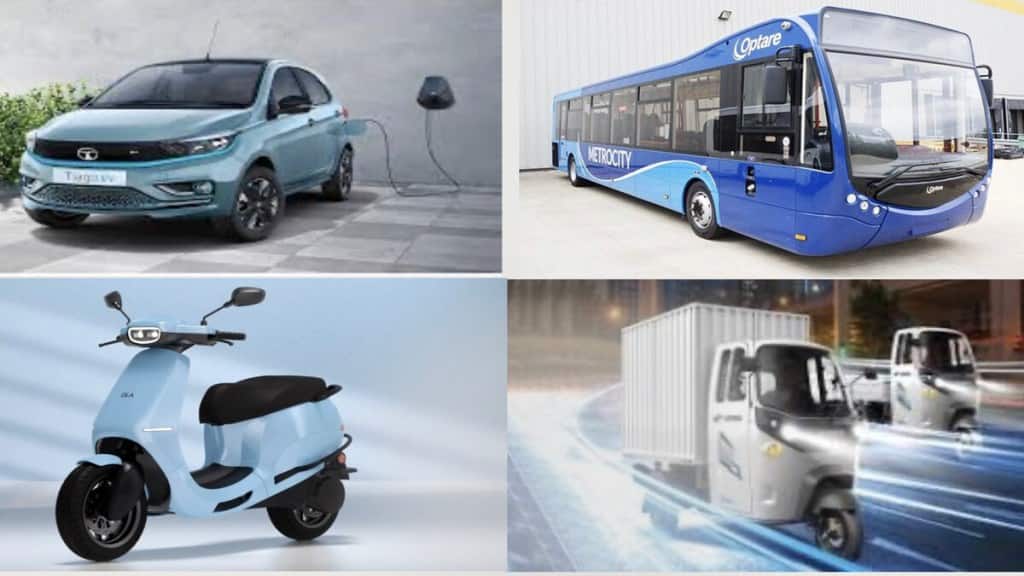 E2Ws & E-PVs and collectively accounted for 92.35 percent of total registrations in September 2022.

The overall EV sales in September 2022 noted a 6.2 percent Month-on-Month increase accounting for sales of 93,605 units, and jumped 173 percent year-on-year.

As per Vahan data, the growth drivers for the overall EV sales have majorly been the electric two-wheelers and and passenger-type electric three-wheelers which collectively accounted for 92.35 percent of total registrations in the month.

The overall electric two-wheeler retail sales in the country in September 2022 stood at 52,999 units, noting a 3 percent monthly increase. While the registrations graph indicates a promising 220 percent Y-o-Y leap. The Top 10 players accounted for 92 percent of the total registrations with Ola regaining the pole position, and Okinawa and Hero securing the second and third spot respectively.

The retail sales of registered electric passenger vehicles stood at 3,419 units, signifying a 5 percent M-o-M rise, while the Y-o-Y sales went up by 172 percent, as per FADA’s latest sales figures.

As per Vahan data, the cumulative sales of electric cars in September 2022 stood at 4,239 units, witnessing an M-o-M decline of 2 percent, however, there is a Y-o-Y surge of 2.5 times in registrations.

Tata being the consistent top performer, alone accounted for 2,831 units sold in September. MG and Mahindra secured the second and third spots with 280 and 112 sold units respectively.

Mahindra has ramped up the game significantly, the company noted a 559 percent M-o-M increase, whereas the Y-o-Y increase is as good as 489 percent. On the contrary, MG saw a downward trend. The British auto major noted an 11 percent M-o-M low and a 14 percent Y-o-Y decrease in the sales chart.

Electric buses have also gained traction this year, the sales figures showed the rising demand for the same. The cumulative sales of electric buses in September 2022 stood at 204 units, with an M-o-M decline of 9.73 percent and a Y-o-Y surge of more than 150 percent.

The retail sales of registered electric commercial vehicles stood at 229 units, signifying an 8 percent M-o-M fall, while the Y-o-Y sales went up by 112 percent, as per FADA’s latest sales figures.

The sales for September 2022 were driven by Switch Mobility which accounted for a 38.73 percent share followed by Olectra Greentech and PMI Electro Mobility with  24 and 23 percent share respectively. However, Tata Motors didn’t witness sales of any E-bus in the last two months.

Cumulative EV sales in India have seen a three-fold growth over the past year, indicates the latest data shared by MoRTH. The ministry outlined that currently, 13,92,265 EVs are plying on Indian roads. While a KPMG study gave a 40 million EV count in the country by 2030.