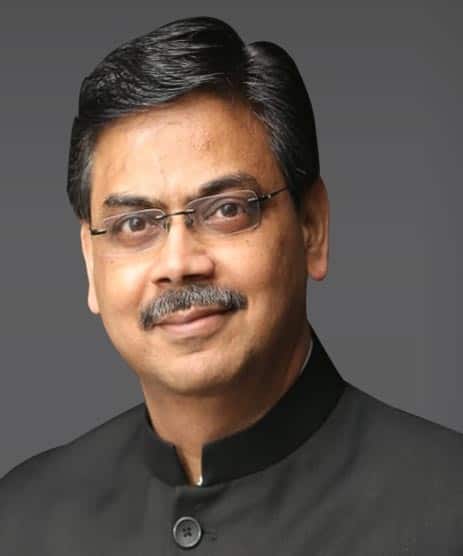 Tata Motors recently unveiled the electric avatar of its most popular small commercial vehicle Ace. The company said it has already booked an order of 39,000 from top e-commerce players. While India’s largest commercial vehicle manufacturer is eyeing to transform commercial vehicles with various technologies to achieve the net-zero target by 2070 of the country. Express Mobility’s Deepanshu Taumar caught up with Girish Wagh, Executive Director, Tata Motors to understand his perspective on first- and last-mile mobility and use cases of different applications of commercial vehicles.

CV as a segment is one of the most diversified segments because there are different applications at different tonnages. And then you have buses, then small commercial vehicles. What kind of application will have what kind of technology and what’s your vision for the next 5-years?

Then we have also placed bets on battery electric, which helped us to be the early mover in buses and gain good orders.

Once those technologies are ready, we are also parallelly spending a good amount of time on the applications with the customers to understand the duty cycle and decide which app, which technology will make sense. And then deploy that technology there.

Till now, clearly natural gas and battery electric seem to be leading in terms of number of applications where these could be deployed apart from diesel IC engines. And that’s what we have been doing, but fuel-cell also can be very promising technology.

It has to go through its birth banks, as a lot of technological engineering input will go into that to prove that technology and also optimise it for truck and bus applications and then we will have it ready.

What is the total addressable market of small electric commercial vehicles and how do you see it going in the next few years?

The market is at the initial stage. No doubt about it. But I think as a country, we have decided to be net-zero by 2070. What it means is that in that particular year there should not be any CO2 emission or whatever emission is there. You have an offset, which is more than the rest emission. For that to happen, assuming that the life of a commercial vehicle is supposedly 15 years, at least 15 years before that you should stop making vehicles that have tailpipe emissions.

I think the road map has been set. Electrification of passenger and cargo transport is an irreversible trend. We have to work towards that. The transition at what speed is something we have to, I won’t say, wait and watch, but we have to not just facilitate, we have to drive it.

Like they have done in the case of this e-commerce site.

One could have stopped and said that it’s going to take some time to come into action, but these guys worked towards it to make it happen and to bring the TCO parity earlier. The same thing we have to do. In buses we also did the same thing. The CESL came up with a tender for more than 5,000 buses.

And with the scale that it had, we decided to take it aggressively and put a lot of effort and knowledge that we had earned over 10 years in Delhi Transport Corporation and came up with a very optimised and aggressive bid which helped us to become L1 in that tender. The transition is going to happen and at what speed it will happen is to some extent incumbent on us. We’ll have to drive that. This segment is to grow.

Can you throw some light on the daily operations of an e-commerce delivery vehicle in terms of average kilometres driven and charging?

We have been collecting the data over years. Typically in an e-commerce application, it’s about 80 kilometres on an average, this the range in which they operate.  When we looked at the duty cycle, we also realised it’s not only 80 kilometres, the start-stop driving habit and all that. In that sense, the duty cycle is defined more or less around that.

We decided on an optimum level and we said that at a use case level, we should be able to deliver at least 110 to 120 kilometres with one single charge.

We also realised that many of the customers have an opportunity to earn more, if they can get a recharge of the battery within the day. And therefore, a fast-charging solution has also been provided on the vehicle. While the average is between 80km to 100km, there are customers who can go up to 150km.

And in real-use cases, you don’t know what range you have, so you give that feature and therefore make it much more fungible and flexible for the customer to earn the revenue out of a very low operating cost structure.

What Ace did in 2005 and how did it transform the last mile logistics is by the revenue model. It’s the same solution that we are putting in place right now after 17 years, the world doesn’t chill. And that is what we have provided on the vehicle. And that is an advantage that we see overall the three-wheelers and others because they don’t have this far charging capability, they run in a range of 50-60 kilometres a day. The e-commerce industry actually works on volume.

It doesn’t work on weight. The volume advantage that comes with the Ace EV is the range advantage, the flexibility of variable duty cycles and range. I think we have a good value proposition.

How does one charge Ace EV on a daily basis?

At home the customers can use the normal  (slow) charging. And when we work with the e-commerce customer, we realise that in any geography, actually, if you look at the last-mile, Flipkart, Big Basket and Amazon, they’re all very near to each other. And most of these aggregators as we call them actually are providing service to all three.

When the slow charging can happen at home, through the 5amp socket until there, whereas a fast-charging facility, if, if it is put in that local area, then they can do the fast charging and provide. It’s a solution that you evolve hub by hub, depending upon the duty cycle in which it is operated.

That is why we are working with Tata Power. And some of the other players who are in this business of providing the charging facility where they’re going to set up these things in sync with the requirements of the customer.

The question is actually a concern also because the drivers of these vehicles live in certain areas with parking and having slow charging would be a problem.

I think the ACE EV is probably one of the unique solutions where you have an onboard charger on the vehicle. Then you have the option to use normal AC/DC current. Convert it to DC to charge the batteries. This is slow charging, which you can do overnight, or depending upon your range requirement, you can charge it for three hours, two hours. But if you also have a solution, which is fast DC charging.

You can charge from say 10 percent to a 90 percent within 90 to 120 minutes. If the requirement is only for 80km, which we are providing like 120-130km, depending upon the usage and everything.

It actually excels over requirements. The solution allows the customers to charge their vehicle anywhere with an on board charger provided on the vehicle, or if you have charging infrastructure then you can charge it within, say 105 minutes.

Will the Tata Ace EV be available in across India or metro cities?

We are going to do a phase wise deployment. Right now, the focus is on e-commerce players and the demand which has come today, we were also very pleasantly surprised. Even within the e-com segment, we will go city by city. And within the city, we’ll go up by hub. Parallelly, there are quite a few other applications also, which the team will engage with those customers and build those applications also.

Do you look at this as a B2B play completely, since you are talking about Amazon and Flipkart, Big Basket, or it’ll be the B2C also, or maybe it’s a mix of both?

Both. To begin with, it is more of a B2B to build the capabilities, which then we will deploy in B2C also.

How do you address the challenges of EV financing, resale value, depreciation cost of an EV?

Therefore, we had almost all the financiers in the commercial industry were present at the launch. And all of them while leaving was quite positive and said that we will come up with a special product for E financing in commercial records. I think I must say that the preparation has been done very well.

But of course, I think execution always is a long-term thing, you have to excel on a day-to-day basis. We have to continue in this manner. And I think the deployment of these vehicles in the segment should be successful.

And will we see a passenger version of this also?

We continue to study all the applications. Whichever application in our view is more amenable to electrification, can achieve TCO parity the fastest. We will look at that application first.