The Commission for Air Quality (CAQM) has announced a new policy to fight air pollution in the Delhi-NCR region over the next five years. 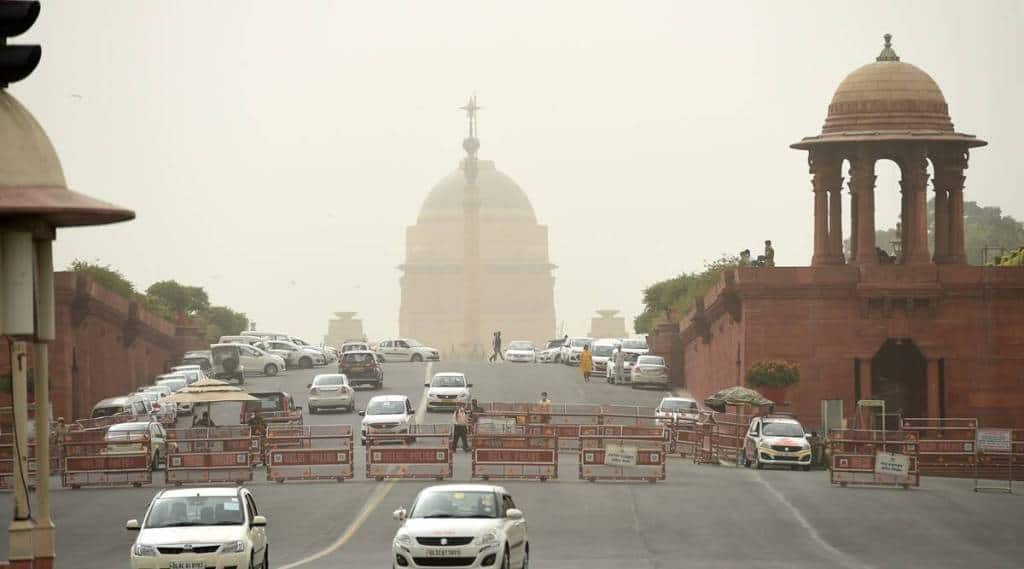 The highlight of the new policy is the proposal that demands a ban on BS IV four-wheelers, except for essential services, in and around Delhi in case the AQI crosses the 450 mark.

The Commission for Air Quality (CAQM) has announced a new policy to fight air pollution in the Delhi-NCR region over the next five years. The highlight of the policy is the proposal that demands a ban on BS-IV four-wheelers, except for essential services, in and around Delhi in case the AQI crosses the 450 mark.

Delhi’s Environment Minister, Gopal Rai, however, said that the policy would reach the implementation stage after a host of meetings and discussions with the subject experts as well as the public. This will be followed by a thorough analysis of the practicality of the policy and its possible repercussions on the same.

Considering the seriousness of the higher levels of pollution and the associated health concerns, the CAQM, for the first time has asked the state of Delhi and the adjoining NCR areas to impose a ban on diesel-based four-wheelers as and when the AQI breaches the ‘severe plus’ level.

Reports estimate that 9.5 lakh diesel vehicles, including private cars, will have to bear the impact of the policy is carried through.

“The commission has recommended banning BS-IV diesel vehicles in emergency situations. We will further examine it. Look into the practical problems and take a call after holding discussions with people,” Rai told PTI.

Besides a couple of suggestions, the CAQM can do nothing as the power lies in the hands of the state governments. States like Haryana continue to allow diesel generators and contribute to the higher pollution levels despite various talks and discussions.

In another statement to PTI, Rai questioned the availability of firecrackers in Delhi, while the government has already banned bursting crackers but sellers continue to sell and buyers continue to buy, thereby contributing to the plight.

Despite several directions from the Supreme Court, the CAQM, Delhi consistently remains to be major air pollution suffer. Adding to the same, Rai said that the only way to resolve the issue is to have panel discussions among state environment ministers who should meet once every month.

In a recent development to reduce vehicular pollution, the Delhi government began rolling out notices to vehicle owners without valid Pollution Under Control (PUC) certificates.

Looking at the stats, the national capital stands at over 17 lakh vehicles (inclusive of 13 lakh two-wheelers and 3 lakh cars) without valid PUC certificates.

“We have sent SMSes to nearly 14 lakh vehicle owners asking them to get a valid PUC telling them that if they do not get it done in time, they will have to face heavy penalties. The pollution season is approaching within two-three months and we have to ensure that we reduce vehicular pollution to some extent. Warning people to get a valid PUC is a step in that direction,” an official told PTI.

However, there are a few cases that are an exemption to the rule for vehicles that are not plying on roads. But, if caught without a valid PUC certificate, the law-breaker will be subject to six months imprisonment or a fine of up to Rs 10,000 or both as per the Motor Vehicle Act. The 1989’s Central Motor Vehicles Rules, clearly state that it is obligatory for every motor vehicle (including those conforming to BS-I/ BS-II/ BS-III/BS-IV along with those plying on CNG/LPG) to have a PUC certificate issued. Once the validity period of one year from the date of its first registration, this calls for renewal. The validity of four-wheeled BS-IV compliant vehicles is one year and for other vehicles, it is three months.