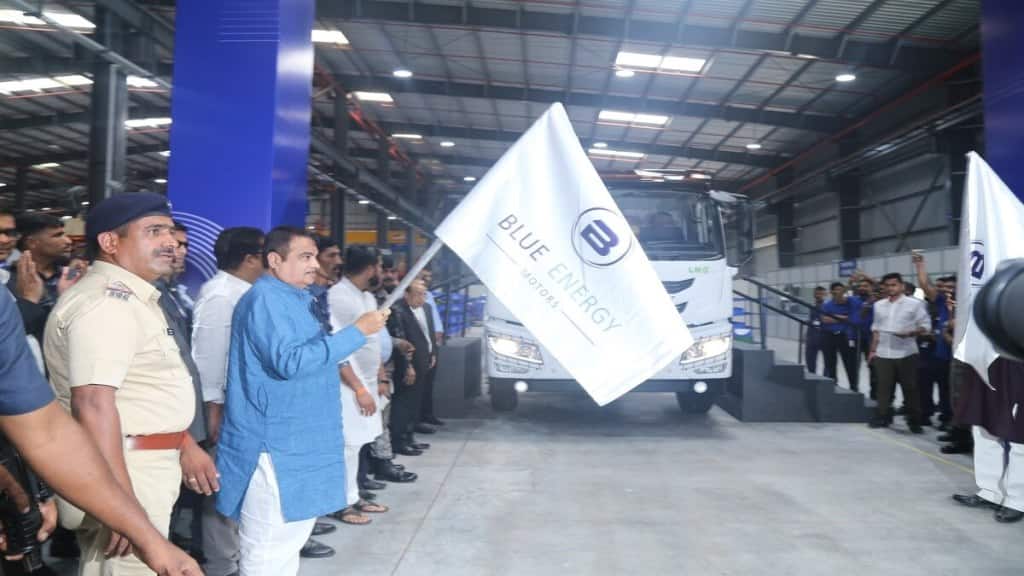 The facility was inaugurated by Nitin Gadkari, Union Minister, Road Transport and Highways.

Blue Energy Motors has already signed an agreement with FPT Industrial, the global powertrain brand of Iveco Group, headquartered in Italy, to introduce the first LNG trucks powered by FPT Industrial engines which are BS 6-compliant. The market entry of the LNG-fueled trucks will start with the introduction of the 5528 4×2 tractor as the first model.

Blue Energy Motors trucks have been designed and tested in accordance with the demanding Indian transport industry’s duty cycles. The FPT Industrial engine is compatible with CNG, LNG and biomethane; it uses multipoint stoichiometric combustion to assure best-in-class fuel consumption and lower noise than diesel engines.

Speaking at the inaugural ceremony, Nitin Gadkari said, “This is the fuel for the future. It’s cost-effective and a changemaker for the transport sector. With LNG, there will be savings and we will reduce our logistics cost by 16 percent, and further bring it down to 10 percent, which is our target. We are making LNG and CNG from biomass in Maharashtra, Punjab and Haryana.”

“Within 2 years we will have more than 200 capacities in the country. Biofuel is the future and we have a huge potential for export. It’s essential for the economy. The prospects for the industry are great and I am excited about the future, as we move towards reducing pollution,” Gadkari added.