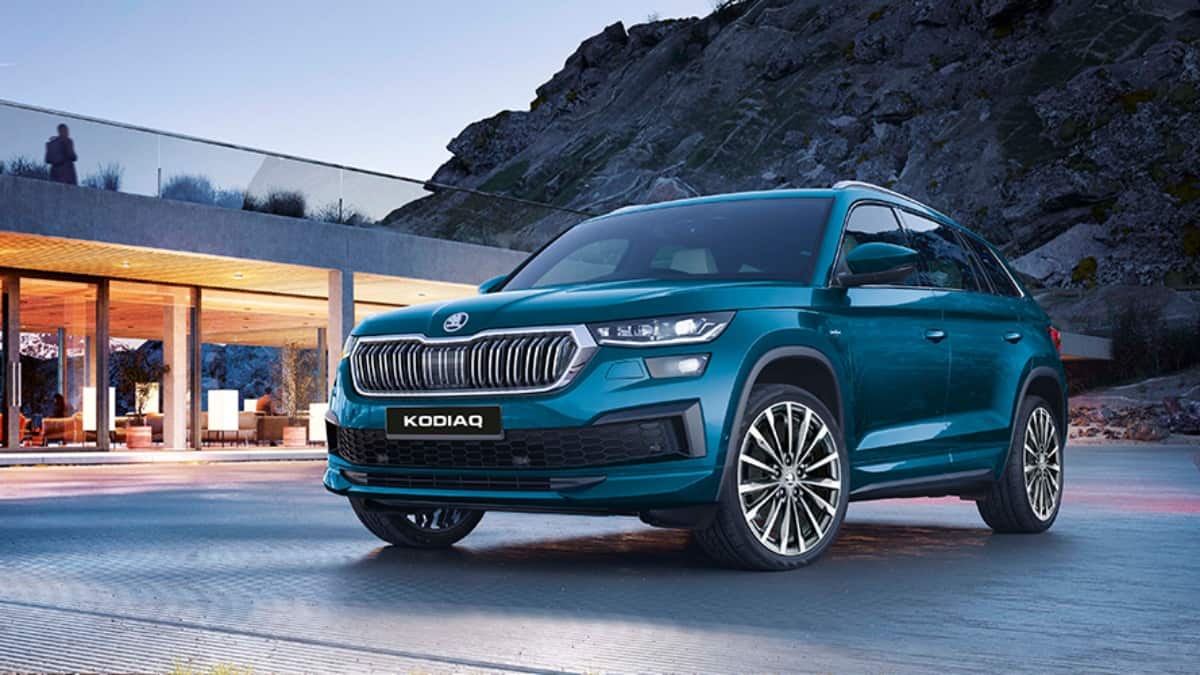 2022 Skoda Kodiaq facelift launched in India for ₹34.99 lakh onwards. The new Kodiaq is available in three variants, while the top-spec L&K trim is priced at ₹37.49 lakh, ex-showroom. Skoda has also opened bookings for the new Kodiaq and says that deliveries will begin in the coming days. After Skoda discontinued the Kodiaq in 2020, the new version gets a standard petrol engine in BS6 form.

Powering the Skoda Kodiaq facelift is a 2.0-litre turbocharged petrol engine that makes 187 bhp and 320 Nm of torque. The engine comes mated to a 7-speed automatic gearbox that powers all four wheels as standard. Since the carmaker decided to discontinue diesel engines after the BS6 transition, the Kodiaq does not have a diesel variant.

In terms of design changes, the new Kodiaq facelift gets a new grille design, a slightly higher-set bonnet, revamped headlight design, and a revised front bumper. From the side, there are no significant changes, apart from the new alloy-wheel design. Towards the rear, the Kodiaq remains largely unchanged, apart from the revised tail lamps and bumper.

Inside, the dash also looks similar to the older Kodiaq, barring the new two-spoke steering wheel seen in all Skoda cars. In terms of equipment, however, there are numerous changes compared to the previous-gen Kodiaq. The 2022 facelift model gets dynamic chassis control, which adjusts the firmness of the ride depending on the drive mode, smartphone connectivity, and wireless charging.

Next Story
Despite an SUV onslaught, hatchbacks continue to rule the roost: Maruti Suzuki