Vikram Vedha is releasing on September 30. 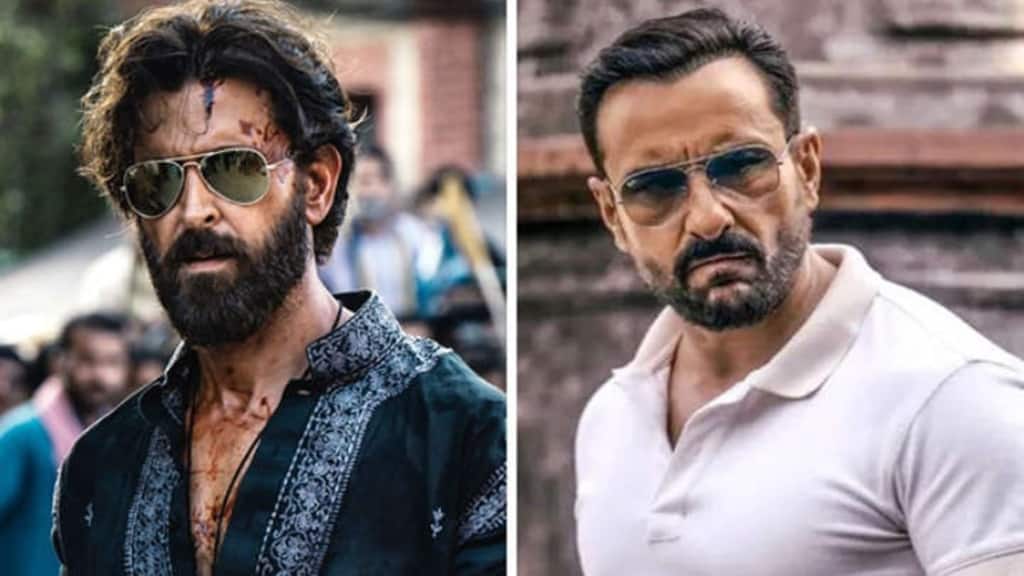 Vikram Vedha follows the story of a cop, who is on a hunt to nab a gangster.

Vikram Vedha review: Hrithik Roshan and Saif Ali Khan’s much-awaited film Vikram Vedha has become talk of the town with Bollywood banking on its success. The movie has received rave first reviews from the audience and critics ever since the trailer was released. Hrithik and Saif have gained an appreciation for their raw and extraordinary appearances in the movie. While Hrithik’s villain avatar is something new for the fans, Saif is also nailing the role of a cop.

Komal Nahta, film trade analyst, wrote, “‘VikramVedha’ will again break the myth that action films work only in single-screen cinemas. ‘Pushpa’, ‘RRR’, ‘KGFChapter2’ proved that an action fare with a solid story works big time in multiplexes too.Add ‘VikramVedha’ to that list!Lots of superb action but great content too!”

The trade experts are also expecting VIkram Vedha to be the money churner at the box office. As per reports, the film is expected to collect Rs 15 crore at the box office on its first day, which would make it the second-highest opener of the year. Even the advance bookings have started well. The movie will hit the theatres on September 30.

Vikram Vedha, an official Hindi remake of a Tamil film with the same title, which starred R Madhavan and Vijay Sethupathi in the lead roles is an action-thriller written and directed by Pushkar-Gayatri. The film is full of twists and turns, as a tough cop Vikram (Saif Ali Khan) sets out to track and chase a dreaded gangster Vedha (Hrithik Roshan). What unfolds is a cat-and-mouse chase, where Vedha – a master storyteller helps Vikram peel back layers through a series of stories leading to thought-provoking moral ambiguities.