Phone Bhoot is scheduled to hit the theatres on November 4. 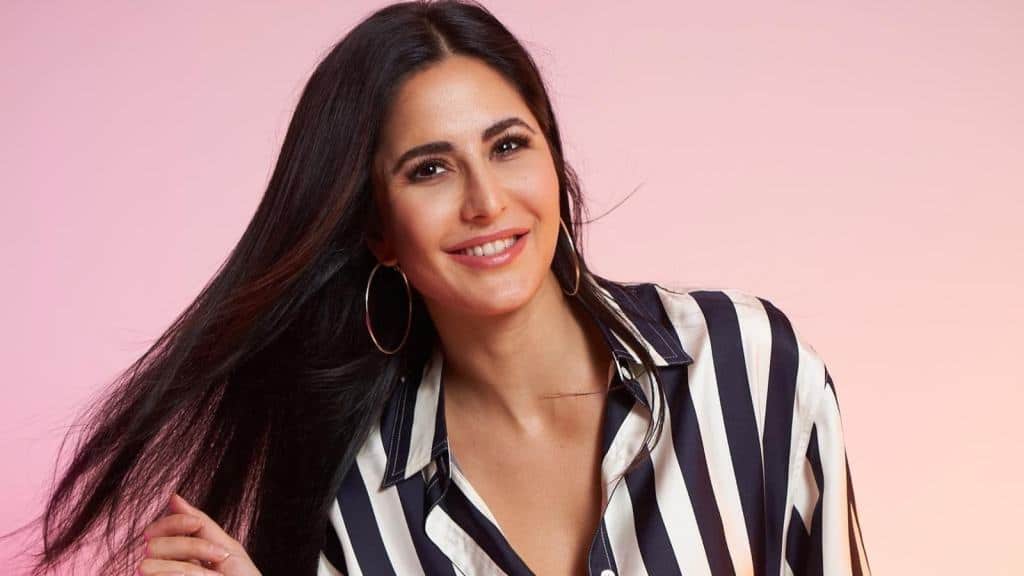 Bollywood star Katrina Kaif on Monday said the team of her upcoming film Phone Bhoot received a pat on the back from her actor-husband Vicky Kaushal as he loved the movie’s first trailer. Kaif features in the horror comedy alongside actors Siddhant Chaturvedi and Ishaan. It is directed by Gurmmeet Singh of Mirzapur fame and produced by Farhan Akhtar and Ritesh Sidhwani’s banner Excel Entertainment. The actor said she was able to show the trailer to Kaushal, with whom she tied the knot in December 2021, before its official release.

“Vicky absolutely loved the trailer. He had such a good reaction and that gave us even more confidence and happiness. He feels that the film is something which is fun and people are going to connect to,” Kaif told reporters at the trailer launch event here.

According to the 39-year-old actor, the audiences yearn to come to theatres and get entertained by movies. “I think right now people want to come (to cinemas) and have a good time, watch something funny, and enjoy themselves. That’s all we are hoping this film will do,” Kaif said.

Written by Ravi Shankaran and Jasvinder Singh Bath, Phone Bhoot features Kaif as a ghost with Chaturvedi and Ishaan playing a ghostbuster duo.

“I don’t watch horror films at all so I don’t know how I ended up being in the film,” the actor said.

Kaif, one of the top stars of Bollywood, said she found Ishaan and Chaturvedi’s enthusiasm for cinema at par with the three Khans of Hindi film industry — Shah Rukh, Salman and Aamir.

“The similarity is that the enthusiasm and love for cinema is the same. They (Ishaan and Chaturvedi) are very smart and bright. What I love about them is they are spontaneous and good at improvisation.

“For me that was required in a film like this because when you are in a scene you have to see what’s working and not just go by the script,” she said.

Phone Bhoot is Chaturvedi’s second release of 2022 after the critically acclaimed Gehraiyaan.

The actor said his intention is to pick diverse roles and films.

“It is a conscious effort to do different characters because I will get bored doing the same thing. If I had to do the same kind of work, then I would have done CA (Chartered Accountancy).

“I wanted to explore different things. Hence the previous movie was different and this is a comedy, in which people have not seen me much. I want to surprise everyone,” the 29-year-old actor added.

Ishaan said he thoroughly enjoyed working on Phone Bhoot and considers it to be a “buddy film”.

“Every film has a world and you need to get into every character. But for this film it was required that we have that banter (between us) and we have tried to have fun with it,” he said.

“The exciting thing is Siddhant and I were able to do a buddy film. We have grown up watching films like Jaane Bhi Do Yaaro, Andaz Apna Apna and it is a buddy film inside a horror comedy. I was excited to explore this genre,” he added.

According to the producer, there was no harm in exploring the horror comedy further, despite the success and failure of movies such as Stree, Roohi, Bhool Bhulaiyaa 2 and Bhoot Police.

“The story has to be good and entertaining. Every kind of film is being made often, like love stories, action, dramas and revenge dramas. This is also a genre, we just have to make sure the story is not the same,” he said.

During the event, Kaif was asked to name a celebrity from Bollywood who she would like to haunt as a ghost.

The actor replied, “I would want to haunt Priyanka Chopra for a day to understand how she manages to work as much as she does, fly here, fly there.” Phone Bhoot is scheduled to hit the theatres on November 4.