The trailer offers a glimpse of how the team started to gather momentum midway through the competition, going on to become world champions. 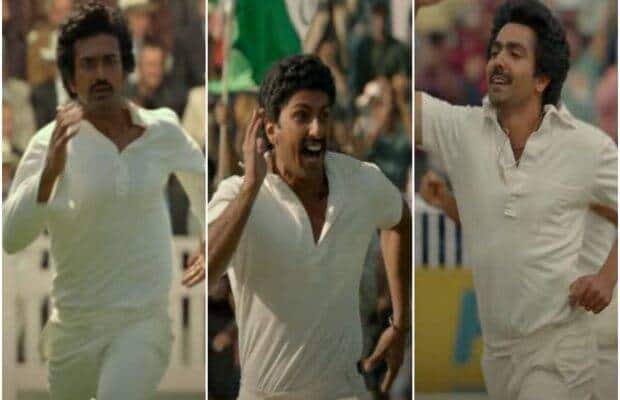 The first trailer of 83, the sports drama based on India’s victory at the Cricket World Cup in 1983, dropped today. The project, which has suffered several delays, features Ranveer Singh in the lead as former India skipper Kapil Dev.

The trailer offers a glimpse of how the team started to gather momentum midway through the competition, going on to become world champions by dethroning the legendary West Indies side of the 1970s and 1980s.

India’s rivalry with the West Indies team, which was at its peak during this time, has also been given a lot of attention.

Ranveer has captured all the nuances of Kapil’s diction and captures attention with his presence. Harrdy Sandhu as Madan Lal and Ammy Virk as Balvinder Sandhu also impress in the trailer.

The trailer also impressed Ranveer’s industry peers with R Madhavan and Dia Mirza claiming it gave them goosebumps, while director Karan Johar called the upcoming film a bonafide blockbuster. Filmmaker Nikkhil Advani also praised the trailer while also giving a shout out to Kabir Khan, the man behind the lens for 83.

India embarked on their 1983 World Cup journey as clear underdogs and struggled during the early stages. The team came into its own in the match against Zimbabwe as Kapil Dev smashed the ball around the park, scoring an unbeaten 175 runs off 138 balls to set up victory.

The film was originally set to release in 2020 but had to be postponed following the outbreak of Covid-19. 83 will hit theatres on December 24 in Hindi, Telugu, Tamil, Malayalam, and Kannada.

Next Story
Priyanka Chopra leaves the audience and Jonas’ brother in splits; drops hint about a big reveal!