This is the reason why Amitabh Bachchan agreed to host KBC; actor breaks down reminiscing

The legendary actor broke down while reminiscing about what made him take up the show in the first place. 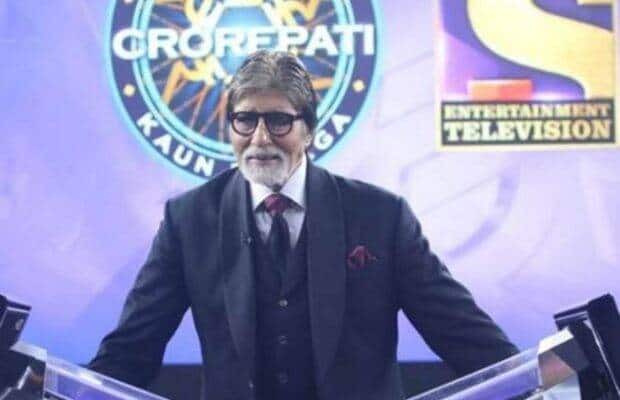 Kaun Banega Crorepati, hosted by Amitabh Bachchan is in its 13th season and since its inception has been one of the top rating game shows in India. The show recently clocked a 1000 episodes and was aired on December 3. The legendary actor however broke down while reminiscing about what made him take up the show in the first place. Amitabh’s daughter Shweta asked him how he felt as the show achieved this milestone. He replied saying 21 years ago people warned him against turning to the small screen instead of films, and he was advised how the move could impact his image in more ways than one. Senior Bachchan then went on to reveal that even after being cautioned many times, he took up the offer to do KBC because he was not getting enough film offers in 2000. And the reactions that he received after the broadcast of its first episode, changed the world around him.

The audience cheered and clapped seeing Amitabh getting emotional. On a happy note, he further shared that the best part is he had learned something or the other from every contestant who got to the hot seat.

The episode also showcased a video which saw glimpses of Big B from 2000 when KBC was first aired. Amitabh was seen wiping off his tears sharing his journey so far. KBC marked his first appearance on Indian television. The septuagenarian actor has hosted the show every session except in the third session when Shah Rukh Khan replaced him. From seasons 1-6 the top prize money was ₹1 crore but from season 7 (2013), it was increased to ₹7 crore. So far, the Narula brothers – Achin and Sarthak from Delhi have won the grand prize of Rs 7 crore in Season 8.

Amitabh also has several films lined up for release starting with ‘Brahmastra’, ‘Goodbye’, ‘Runway 34’, ‘Jhund’ and Hindi remake of Hollywood hit The Intern with Deepika Padukone. He was last seen in ‘Chhehre’ with Emran Hashmi.