The actor was interacting with the media while adjacent to them Karan Johar was promoting his show “Koffee With Karan,” which is currently available on Disney+ Hotstar. 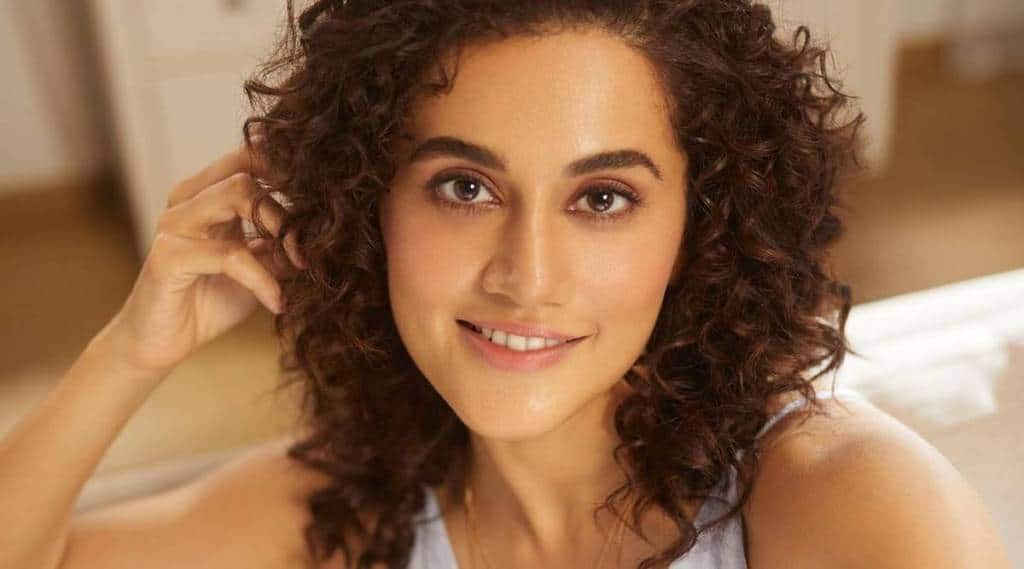 The trailer of Taapsee's upcoming film "Dobaraa" has been well received by the netizens.

Actress Taapsee Pannu is known for her honest and upfront statements. Time and again she has made hard-hitting replies to trolls and has come up with savage responses to unpleasant questions. Recently, during the promotion of her upcoming film “Dobaraaa,” Taapsee stated that her sex life isn’t interesting enough to be featured on “Koffee With Karan.” The actor was interacting with the media while adjacent to them Karan Johar was promoting his show “Koffee With Karan,” which is currently available on Disney+ Hotstar.

During the interaction, a mediaperson asked Taapsee why she doesn’t get invited to Karan Johar’s much-hyped talk show. The actor, who is known for her performance in movies such as “Thappad” while taking a dig at the filmmaker said that her sex life isn’t interesting enough to be featured on the show. Karan Johar’s talk show is known for asking personal questions to its celebrities or guests from their relationships to sex life. The show has received backlash from social media regarding the same.

In the latest episode of “Koffee With Karan,” Laal Singh Chaddha’s stars, Kareena Kapoor Khan and Aamir Khan, were invited to the couch where they were seen roasting the host for his choice of questions. During the show, Karan asked the actress about the quality of sex after having babies. She told him that Karan would know better.

Also Read
Pallavi Joshi on Anurag Kashyap’s comment on The Kashmir Files: I don’t care about what he said
Aamir Khan says sorry after Laal Singh Chaddha debacle; shares ‘Michhami Dukkadam’ post: ‘If I have offended you…’
Anurag Kashyap’s daughter Aaliyah shares her struggles on getting out of a ‘toxic relationship’
Gig economy today is a man vs algorithm struggle: Nandita Das, filmmaker & actor

While Karan replied, “You are talking badly about my sex life, my mother is watching this show.” Aamir quickly gave it back: “Your mother doesn’t mind you talking about other people’s sex lives? Kaise sawaal pooch raha hai (What are these questions)?”

The trailer of Taapsee’s upcoming film “Dobaraa” has been well received by the netizens. The film’s out-of-the-box storyline has also caught the attention of the audience.

The film, which opened at a prestigious film festival such as the London Film Festival, has received a positive response from the audience. Taapsee’s performance in the film has also caught the attention of the viewers. The audience is waiting to see what the future holds for her character in the film.

The film, which is produced by Ekta Kapoor and directed by Anurag Kashyap, is scheduled to release on August 19, 2022. It marks the third collaboration between the two actors after their 2018 release “Manmarziyan” and “Saand Ki Aankh”. Apart from that, Taapsee will be also seen in Rajkumar Hirani’s next ‘Dunki’ alongside Shah Rukh Khan.