Sub-genres: Cutting it too fine

To create differentiation, channels like Epic, Zindagi and Discovery ID created sub-genres within a mass genre. But their attempt to garner more eyeballs met with minimal success as India largely remains a single TV household market. Going forward, is there a scope for such channels? 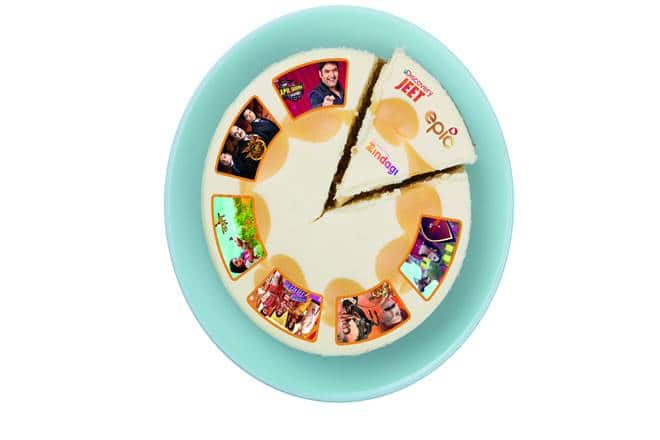 Broadcasters seem keen on experimenting to create differentiation in an increasingly competitive market.

Television broadcasters have seen massive fragmentation in viewership over the last few years across genres and regions. Several sub-genres have cropped up within mass genres with an aim to create differentiation. These so-called premium niche channels are also vying for eyeballs along with existing bigger players in the market.

In recent times, channels like Epic, Zindagi and Discovery ID have emerged as examples of a sub-genre within the Hindi entertainment channel segment. However, with mass genres continuing to dominate viewership, these segmented channels have faced more challenges than successes. For example, Sony Pal which was launched as a women-centric channel, eventually turned into a FTA (free-to-air) channel airing reruns of shows from its sister channel Sony Entertainment Television (SET).

Also Read
Shah Rukh Khan to Dwayne Johnson — A look at the richest actors in the world right now
A 30-year-old unmarried Indian girl reviews Sima Taparia’s Indian Matchmaking on Netflix
Here’s how many crores Amazon Prime Video paid for the rights of Pathaan which is releasing on OTT this April
Who is the highest-paid Indian actor? How much do top stars charge per film; Know it here

Broadcasters seem keen on experimenting to create differentiation in an increasingly competitive market. With the exception of Sony SAB which found its calling in comedy, what is stopping broadcasters from tasting success when launching segmented channels within a genre?

Premium, niche or both?

“Channels that are sub-genres within a mass genre have a narrower TG and are structurally hard at the business level. They require a high level of investment in terms of content and monetisation opportunities are a challenge,” observes Karan Bajaj, SVP and GM, Discovery Communications India. “However, a differentiated proposition is needed to break the clutter.”
Consumption has become fragmented with digitisation and the inclusion of LC1 towns in TV ratings. This has resulted in channels taking a segmented approach instead of a one-size-fits-all strategy. But do consumers take these distinctions into account when they tune into a channel?

Shailesh Kapoor, founder and CEO, Ormax Media says, “Channels can position themselves the way they want, but consumers don’t make such fine distinctions. Epic tried to have one foot in the GEC space and one foot in infotainment, which can confuse the consumer.” After all, it is difficult to compete with GECs when one is within such a niche format.

Similarly, Zindagi focussed on presenting Pakistani content which worked well for it initially, but with the Indo-Pak tensions also affecting artistes, Zee took a call not to work with artistes from across the border. Even then, foreign content from Turkey and other countries did not work too well for the channel, state industry experts.

But Aparna Bhosle, business cluster head, premium and FTA GECs at ZEEL notes that channels like Zindagi are considered premium niche channels. “These channels work on the principle of perception selling. Zindagi worked well for us at a business level and is considered a business success for its novel, one-of-a-kind programming, which got us significant revenue.” What set the channel apart was its real, finite and premium stories — be it through original fiction shows or the content curated from countries across the world. Experts also believe that channels should be content driven and the differentiation should be created naturally rather than positioning on segmentations as the consumer or planner does not really take that into account.

“The concept of sub-genres is already registered with the consumer; where it has failed is in the trade as the performance is not registered,” highlights Divya Radhakrishnan, MD, Helios Media, adding that these specialist channels do not work because they are not getting captured and media planning is also done by the classification of genres.

“Therefore some channels like Epic have had to make adjustments in their profile to be appropriately compared and priced,”
she notes.

However, monetisation opportunities for broadcasters operating segmented channels are limited. Moreover, if the TRAI tariff order gets implemented and all TV channels come under the à la carte or MRP model, it will be difficult for independent channels with low viewership to survive. As a result, smaller channels might come under the axe. For most broadcasters,  these are mainly niche channels, as these genres are under-indexed.

Viewers who want to consume niche and personalised content as per their convenience, are now moving to digital mediums. Thus, presenting such content on digital platforms seems to be the way to go — as is the case with Zindagi. The objective, Bhosle mentions, is to expand digital engagement with audiences who thrive on time-shifted viewing. “Zindagi content being available exclusively on our video-on-demand platform OZee is taking it one step ahead,” she says.

In fact, with Discovery ID soon making way for Discovery Jeet, the content of the crime channel will be served digitally to consumers as well.

But digital has its own challenges. While the cost of being present on a digital platform is low, one needs a certain amount of clicks/visits to be successful.

For Epic, infotainment seems to be the future and that is where the channel and team is focussing its energies on. Akul Tripathi, programming head, Epic states, “Infotainment is a category that has really come alive over the last few years. In a market dominated by foreign players, we are the Indian voice in infotainment with programmes made natively in Hindi for the Indian audience, covering aspects about India not previously attempted.” Poised to be the only Hindi language India-centric infotainment channel, Epic has attained this identity seeing an increasing demand for programmes about India.

“Just because some channels did not work, it does not mean every such experiments will face a similar fate,” states Kapoor, adding, “They won’t be able to compete with a Star Plus, Colors, etc but even if they compete with the second rung GECs, it is fine.” He adds that if one aspires to be in the GEC space, the channel has to have high quality in production, FPC (fixed point chart) in number of hours in original programming and connectivity.

Content innovation has scaled new highs with experimentation in sub-genres and broadcasters believe there is scope for premium channels as there is a section of viewers who like to consume differentiated content.

Follow us on
First published on: 18-07-2017 at 02:35 IST
Latest News
Best smartphones to buy under Rs 20,000 from Samsung, Xiaomi, Realme, OnePlus in February 2023 | Buyer’s guide
5 signs to know you are ready to buy your own house
Who will get money if Small Savings Scheme accountholder dies without nomination? Modi Govt’s clarifies
ITC stock value moving to FMCG from cigarettes; proof, sharp rise after Budget 2023
Bomb threat to Ram Temple: Caller threatens to blow up Ram Janmabhoomi in Ayodhya
IMF giving Pakistan tough time over unlocking funds, PM Shehbaz Sharif says
Budget 2023 focuses on infrastructure development, affordable housing: Developers
Photos
Budget 2023: FM Nirmala Sitharaman matches her outfit with the Bahi Khaata Tab; See Photos
2 days agoFebruary 1, 2023
In Pics: Amid rain, Beating the Retreat ceremony held at Vijay Chowk, marks the end of Republic Day celebrations
5 days agoJanuary 29, 2023
Mughal Gardens now Amrit Udyan! Roses, tulips, other seasonal flowers beautify the gardens of Rashtrapati Bhavan – See Beautiful Photos
5 days agoJanuary 29, 2023
Read More
×
Chhatriwali to Uunchai: 5 films on OTT platforms which are backed by a powerful message
Who is the highest-paid Indian actor? How much do top stars charge per film; Know it here
Shah Rukh Khan to Dwayne Johnson — A look at the richest actors in the world right now
How you can watch One Piece anime? Know everything about it
Aditya Chopra records his first on-camera interview for ‘The Romantics’, a Netflix docu-series celebrating YRF’s legacy
On Jackie Shroff’s birthday, let’s look at 5 iconic roles that prove he is a versatile actor
Switch to Hindi Edition