Sooryavanshi is the first big-budget film to release at theaters post-cinema halls shut down since March 2020. 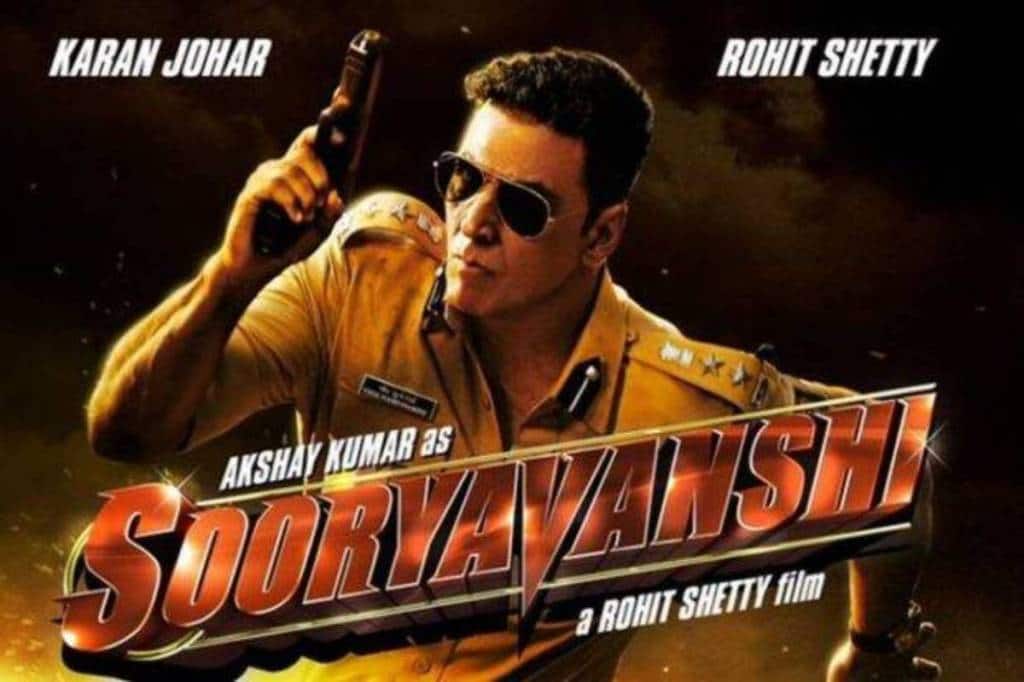 The third franchise from Rohit Shetty’s cop universe, Sooryavanshi got mixed reviews from the critics

Sooryavanshi gets the Box Office wheel rolling once again. After facing immense losses, the weekend release of the Akshay Kumar and Katrina Kaif starrer garnered Rs 77 crore for the Box Office in the first three days. This is the first big-budget film to release at theaters post-cinema halls shut down since March 2020.

The third franchise from Rohit Shetty’s cop universe, Sooryavanshi got mixed reviews from the critics, but opening on a post-Diwali weekend, it got an edge over other movies that opened when cinema halls in some states opened with 50 per cent capacity.

According to Box Office India report, Sooryavanshi recorded a good collection overseas as well. Screening at the overseas market including US and Canada made the movie garner $3 million. The international collection is, however, low for previous releases like Mission Mangal, Good Newz.

The movie and Kumar’s character were announced in the last week of 2018 with Ranveer Singh’s Simmba. Initially locked for theatrical release on 24 March 2020, it was postponed due to the COVID-19 pandemic in India. The film was scheduled for theatrical release on 30 April 2021 but was postponed indefinitely due to the rise in cases and lockdown in Maharashtra. After several delays, Sooryavanshi has theatrically released worldwide on 5 November 2021 coinciding with Diwali.

Follow us on
Latest News
Net direct tax collections rise 26% till November 10
Delhivery narrows loss to Rs 254 cr
Punjab to join crop insurance scheme
Pvt FM players to Trai: Keep not-for-profit firms out of community radio space
Rupee jumps 98 paise to hit 8-week high
PSU Banks may arrest decline in market share
Gains on Policybazaar & Delhivery: Softbank loses $576m in its investments in Paytm & Zomato
Photos
In Pics: Delhi turns into a gas chamber! AQI swings between very poor and severe categories; Health experts worried
1 day agoNovember 11, 2022
Lunar Eclipse 2022: Did you get a glimpse of Chandra Grahan? This is how the Moon appeared in different parts of the world
3 days agoNovember 8, 2022
Happy Guru Nanak Jayanti! A festive look into the celebrations from across the nation
3 days agoNovember 8, 2022
Read More
×
TV actor Siddhaanth Surryavanshi of Kkusum fame dies of heart attack at 46
Vadh starring Sanjay Mishra and Neena Gupta to arrive in cinemas on December 9
Five iconic moments from that Specials Ops universe to relive the making of Himmat Singh on Disney+ Hotstar
Monica O My Darling Review: Here’s why you should watch Rajkummar Rao, Huma Qureshi, Radhika Apte’s film on Netflix
Quite nervous but happy to see how Hindi audience received trailer: Samantha on Yashoda
Three trends that are shaping short-form video Apps in 2022 and beyond