Akshay Kumar starrer ‘Singh Is Bliing’ box office collections were caught short of the Rs 100 crore figure despite holding out promise of reaching that elite mark for much of the week. 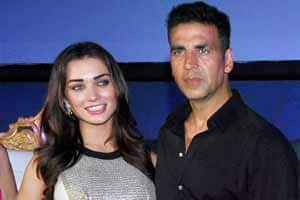 Akshay Kumar starrer ‘Singh Is Bliing’ box office collections were caught short of the Rs 100 crore figure despite holding out promise of reaching that elite mark for much of the week.

On day 1, after logging an occupancy rate of 80%, which translated into a handsome take of Rs 20.67 crore in domestic market alone, the film took another big chunk of the money pouring into theatres on day 2, even though it was not as high as the previous day’s take. ‘Singh Is Bliing’ box office collections on day 2 (Saturday) may have dropped, but still managed to stay in double digits, having earned as much as Rs 14.50 crore.

What everyone was waiting for were Sunday’s numbers as this is the most important day for the film – it is every one’s holiday. ‘Singh Is Bliing’ box office collections swelled by another Rs 19.27 crore on day 3 for a total 3-day (opening weekend) take of Rs 54.44 crore in the domestic market.

On day 4 (Monday), with the weekend over and people trooping back into their offices, the film maintained its collections at reasonable levels to earn Rs 7.1 crore – presumably many people played truant at work/schools/colleges.

On day 5 (Tuesday) in never-say-die spirit so reminiscent of Akshay Kumar himself, the film’s box office collections rose by a respectable Rs 6.56 crore. On day 6 (Wednesday) the movie collected Rs 5.30 crore, which is a decent enough amount, but became a concern as Friday’s new releases were looming on the horizon, which would draw all the crowds away from Akshay’s movie.

On day 7 (Thursday), ‘Singh is Bliing’ collections fell some more to Rs  4.20 crore – domestic collections reached the Rs 77.60 crore mark and if we add the foreign take to that, the total adds up to Rs 94.10 crore.

Going by the advance bookings alone that ‘Singh Is Bliing’ logged, Akshay Kumar starrer was well set up for his biggest opener of all time. While it was pretty much expected that single screens would see a very good opening for this release, what made all the difference on day 1 was the kind of advance bookings that the film managed at the multiplexes. Especially in the Delhi/NCR area, the film saw one of the biggest advance bookings ever, which can in fact also be compared to that of Salman Khan’s ‘Bajrangi Bhaijaan’. Here is where it all ended.

Tell us your opinion in this poll: