Sharib Hashmi on his character in Vikram Vedha: It’s an interesting role, something I haven’t done in the past

In an exclusive interview with financialexpress.com’s Eshita Bhargava, Sharib Hashmi talks about his character in Vikram Vedha, getting his dues as an actor, Hindi films not doing well at the box office, and more. 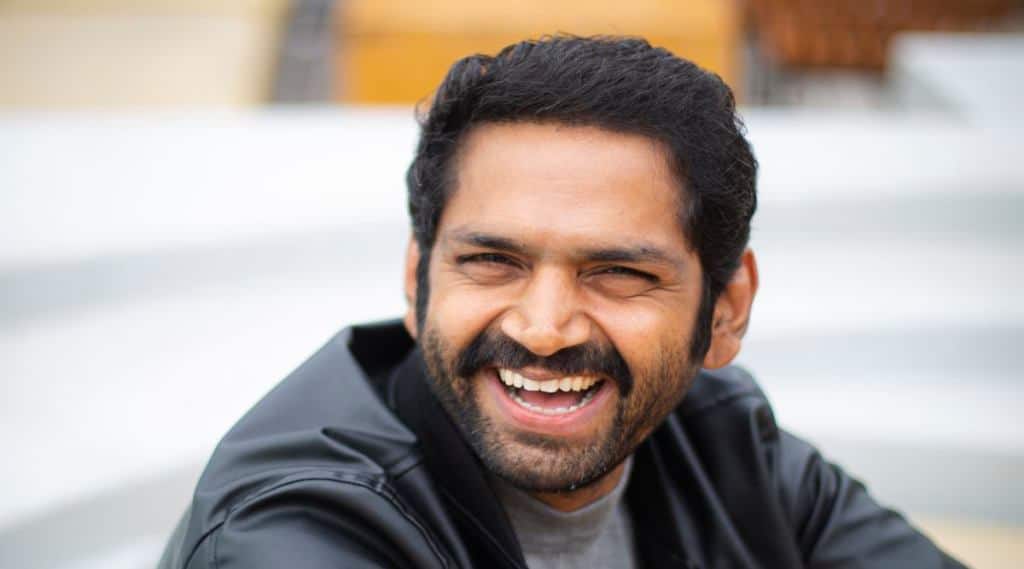 Vikram Vedha interview: Hrithik Roshan and Saif Ali Khan’s much-awaited film Vikram Vedha has been receiving rave first reviews from the audience and critics. Vikram Vedha is full of twists and turns, as a tough cop Vikram (Saif Ali Khan) sets out to track and chase a dreaded gangster Vedha (Hrithik Roshan). What unfolds is a cat-and-mouse chase, where Vedha – a master storyteller helps Vikram peel back layers through a series of stories leading to thought-provoking moral ambiguities.

Vikram Vedha also stars Radhika Apte, Yogita Bihani, and Rohit Saraf. The film will be released in theatres on September 30.

In an exclusive interview with financialexpress.com’s Eshita Bhargava, Sharib Hashmi talks about his character in Vikram Vedha, getting his dues as an actor, Hindi films not doing well at the box office, and more. Excerpts from the interview:

Thank you so much. You covered almost everything, there are a few more but these names are enough for now, but yes you can add ‘Afwaah’ also in it.

How does it feel when you see all this love coming for you from the audience and the critics?

I feel on top of the world, and I also feel a sense of achievement after such a long struggle. Especially, when you receive love from both the Junta and critics alike. Though, there’s a lot more to achieve. Yeh Dil maange lot more.

Tell us something about your character in Vikram Vedha.

As of now I can’t reveal anything about my character but one thing I can assure you, I have a very interesting role in the film. Something I haven’t done in the past.

We have seen you in diverse roles. Firstly, is that a conscious decision? And then how is Vikram Vedha going to be different from what you’ve already done?

Of course, it’s a conscious decision. Mainly because I want to explore myself as an actor and I don’t want to get typecast. I get offers to play a cop very often but I haven’t said yes to any. I don’t mind playing a cop again but it has to be different from JK. ‘Vikram Vedha’ is very different from whatever I have done before. Why is it different? To know the answer you’ll have to watch the film. The audience’s reaction is what I await.

Recently, we’ve seen that Hindi films are not doing too well at the box office. I wanted to know the reasons according to you?

You know nobody can predict what will work or not work at the box office. I have not seen any filmmaker who sets out to make a flop. Sometimes a good film doesn’t do well at the box office and sometimes an average film becomes a blockbuster. Having said that we need to give more time on the writing which is essentially the backbone of any good film. A good script backed by a good director can do wonders. And Hindi films do well at the box office. Bhool Bhulaiya and Brahmastra did really well. And I hope ‘Vikram Vedha’ continues that trend. And the Hindi audience saw RRR, KGF and Pushpa in Hindi language.

You are known to be an Encyclopedia of Hindi cinema. Does your love for cinema come from the fact that your father Mr. Z.A Johar was a senior journalist working with the Hindi film magazine Mayapuri?

Absolutely. I grew up reading film magazines. Going to muhurta, film parties and premieres with my dad. And I saw the industry from up close. You can call me an outsider with inside access. And my Dad exposed me to good Cinema. I would enjoy watching off beat films and black and white classics while I was still in school. I still enjoy reading books about the film world. My love for cinema is immense and it is not restricted to Hindi films alone.

How has the process of getting into the skin of the character evolved over the years?

I don’t know how people get into the skin of any character. I don’t know any acting techniques. I’m not a trained actor. I don’t even have a theatre background. So probably I’m not the right person to answer this question. I just follow the script and the director’s vision and I go on the sets with all my heart. I don’t know any other way. And the way to approach a character differs from film to film. So there are no rules for me here.

Sharib, do you think you’ve got your dues as an actor?

Just as I said, Yeh dil maange more. The craving to want more will always be there. But yes I’m happy that now as an actor people perceive me in a different way. I’m regularly offered good roles. I don’t have to do any films for financial reasons. That way I would be a happy man today. Good or bad I don’t know, but I’m a sincere actor. Ab dues Ko Toh aap measure Nahin kar sakte.

From Filmistaan to The Family Man and now Vikram Vedha, how has your journey been so far? Was there a time when people told you ‘Tumse nai ho paega’? etc?

My journey has been like a roller coaster ride!! And I have enjoyed every bit of it immensely. A lot of people told me “tumse Na Ho payega” and those very gave me strength to push myself more. I will always be thankful to all the rejections because they made me stronger and motivated me to work harder.

Before you became an actor, writing was a large part of your profession. You have also written screenplay and/or dialogues for films like ‘Notebook’ and ‘Ramsingh Charlie’. If you had to choose between the two, what would you pick?

Writing is something I extremely enjoy doing. But acting is my first love. I would choose acting any day. I even let go of a big writing project only because it was coming in the way of my acting assignments. So yes acting it is.

Apart from writing and acting, singing has been one of your major passions. Do you hope to bring this aspect of yours to the world someday?

Yes I’m very passionate about singing. I recorded a cover version of a Jagjit Singh Sahab ghazal. I even shot a video of that. I hope one day I get to give playback for myself in a movie.

You know you have said this on record that you had to struggle a lot even after the release of ‘Filmistaan’. Looking at the kind of line-up you have, it seems you are one of the busiest actors around at the moment. Do you think things have finally fallen in place for you as an actor?

Yes I did go through a tough time even after ‘Filmistaan’. Even to this day I fail to understand why that happened. But maybe it was destiny. I signed some very interesting films. Some of them got shelved, some got stuck mid way and I went back to square one. But the hardships have only strengthened me from inside. But I’m really grateful to God that now I’m in a better situation. And I want to make the most of it. There’s still a long way to go.

Do you think OTT platforms are a game-changer? Also, they’ve helped you in your career?

No doubt about it. OTT has opened many doors for the entertainment industry. Filmmakers are getting to tell different stories. Unconventional actors are getting a lot more opportunities now as compared to before. My career was revived, thanks to the very successful series ‘The Family Man’ and I can’t thank Raj and DK, Amazon Prime Video and Mukesh Chhabra for casting me as JK. It changed my life.

After ‘Vikram Vedha’ there’s an interesting line up of films which I’m very excited about. ‘Mission Majnu’, ‘Tarla’, ‘Afwaah’, ‘Sharmajee Ki Beti’, ‘Shivshastri Balboa’ and of course ‘TFM 3’ and ‘The Great Indian Murder Season 2’ and a few more projects I can’t talk about right now. So I need lots of blessings and good wishes.