‘Shaandaar’ movie review: If not quite as shaandaar as the title might lead one to believe, Vikas Bahl’s new film has just enough meat to make the grade as a substantial entertainer. 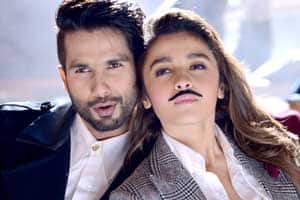 If not quite as shaandaar as the title might lead one to believe, Vikas Bahl’s new film has just enough meat to make the grade as a substantial entertainer.

A blend of the mildly bizarre and the occasionally tender, Shaandaar revolves around an upcoming wedding in an English castle involving two declining business families whose last hope lies in this corporate merger in the guise of a matrimonial liaison.

Like most colour-spangled marriage ceremonies mounted on the big screen, this one, too, unleashes its share of glitzy chaos perpetrated by a bunch of eccentrics. Shaandaar sees a confluence of many influences, from the unreal, flashy worlds conjured up by the likes of Karan Johar (who is one of the producers) to the far more subdued depictions of human foibles of a Hrishikesh Mukherjee comedy.

Also on this amalgam is a clear Disney stamp, what with the animated passages that take the audience into the back stories of the principal characters with the aid of a voiceover narration by Naseeruddin Shah.

Shaandaar is the story of an orphan girl, Alia (Alia Bhatt), whose doting dad Vipin Arora (Pankaj Kapur), can do little to deflect the ignominies heaped upon her by a hateful grandmother (Sushma Seth) and a domineering mom.

The girl is an insomniac and spends all her waking hours wondering what it will take to rid her of her plight. The answer arrives in the form of a suave wedding organiser, Jagjinder Joginder (Shahid Kapoor), who, too, spends sleepless nights.

The guy has been flown in to plan the wedding of Alia’s plumpish sister Isha (Sanah Kapoor), with the wayward brother of a golden gun-brandishing Sindhi tycoon (Sanjay Kapoor).

The tyrannical Arora matriarch throws her weight around but melts every time she is in the presence of Joginder. But Alia’s father is dead against his daughter’s growing fondness for the young man.

How the marriage and the other equations pan out in the course of the rituals is what the rest of Shaandaar is about. Not all of its twists and turns are convincing.

But thanks to a smart screenplay (Anvita Dutt Guptan), some wonderfully well executed scenes, many deft directorial touches and the lively performances from the two leads and Pankaj Kapur, Shaandaar passes muster without ever rising to the heights that the director’s previous film, Queen, had attained.

But since Shaandaar is a completely different kettle of fish from Queen, it should be judged strictly on its own strengths and weakneses. With the former far outweighing the latter, this jaunty vehicle gets to its destination in one piece despite the many bumps on the way.

Shaandaar is definitely a one-time watch.