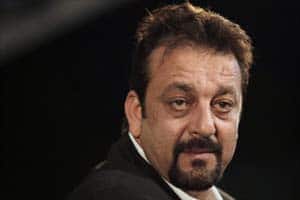 Actor Sanjay Dutt will be back in Pune jail today after prison authorities rejected his application seeking extension of furlough, citing lack of “positive” reports from the local police station.

The move came after Dutt spent his second day at home yesterday after the expiry of his 14-day furlough due to lack of coordination between Pune jail authorities and Mumbai Police over taking a decision on his plea for prison leave extension.

“Dutt’s application seeking extension of furlough has been rejected and he will be surrendering in Pune’s Yerwada jail later in the day,” his lawyer Rizwan Merchant told PTI.

Mumbai Police said they have already communicated the jail’s decision to the 55-year-old actor, convicted in the 1993 Mumbai serial blasts case.

“I received a letter from the DIG (Prisons) office to inform Dutt that he will have to present himself before Yerwada Jail authorities,” Assistant Commissioner of Police (Bandra), Shivaji Kolekar said.

According to prison officials, Sanjay Dutt had cited bad health as a reason for extension of furlough after he was released on December 24 from Yerwada jail.

Mumbai Police was asked to verify if the reason cited by the convict is true.

Today, DIG Prisons (furlough granting authority) told PTI that Dutt’s extension was rejected as they did not receive a positive report from the local police station.

“Local police has not given a positive report on granting extension to Dutt’s furlough. They felt that extension was not needed for his treatment which is why I rejected his plea,” Rajendra Dhamane, Deputy Inspector General (Prisons) told PTI.

Earlier in October 2013, Dutt had been granted furlough for 28 days on health grounds, followed by a similar leave in December 2013 to tend to his “ailing” wife Manyata.

However, a controversy had erupted when newspapers published photographs of Manyata reportedly attending a film screening, raising doubts about the actor’s claim of his wife’s illness.

Dutt is undergoing the remainder of his five-year jail term for possessing illegal firearms that was part of a cache of weapons meant to be used during the serial blasts.