Pulkit Samrat starrer Sanam Re box office collections managed to earn Rs 10.60 cr by day 2. On day 1 the movie collected Rs. 5.04 crore thus taking its total to 10.60 crores at the domestic box office-a magnificent figure for a film with relatively unknown actors that was not at all hyped up by over-the-top marketing. 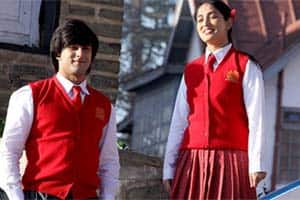 However, this is an excellent performance since in the process, the film beat Katrina Kaif’s Fitoor. Sanam Re is also having to battle mixed reviews.

This does burnish Divya Khosla Kumar’s (Sanam Re is her second directorial venture) star while Pulkit Samrat, Yami Gautam and Urvashi Rautela will have the spotlight firmly on them over the next few days, if not the entire week. True, these are not big names, but the momentum is behind them at the moment and things are expected to get much better during the weekend on current form.

Sanam Re box office collections will definitely get a Valentine’s Day weekend boost as trends over the years show that couples look for new movies to watch in and around this period and filmmakers too target it with relevant content – has to be full of romance. For young lovers, the list for Valentine’s Day includes a movie at a theatre as a must-watch.

Having said that, Sanam Re box office collections will continue to face competition from Fitoor movie as like Katrina Kaif and Aditya Roy Kapoor do have a big fan base. But Sanam Re has built up momentum with a higher collections figure and shoudl carry that advantage into the weekend and emerge ahead. Word of mouth booster shot is also expected to go in its favour.

Having said that Sanam Re has the advantage going into the business end of week (weekend), there is no doubt the final word on how things will pan out will be clear by late Sunday as the advantage mostly is with actors who have been scripting super-hits for years rather than newcomers. And Katrina Kaif has seen success too many times to count.