Rashmika Mandanna to Kriti Sanon: Pan-India actors who are ruling the industry

Sonal Chauhan and Taapsee Pannu to Rakul Preet Singh and Kriti Sanon: A look at the top 5 pan-India actors: 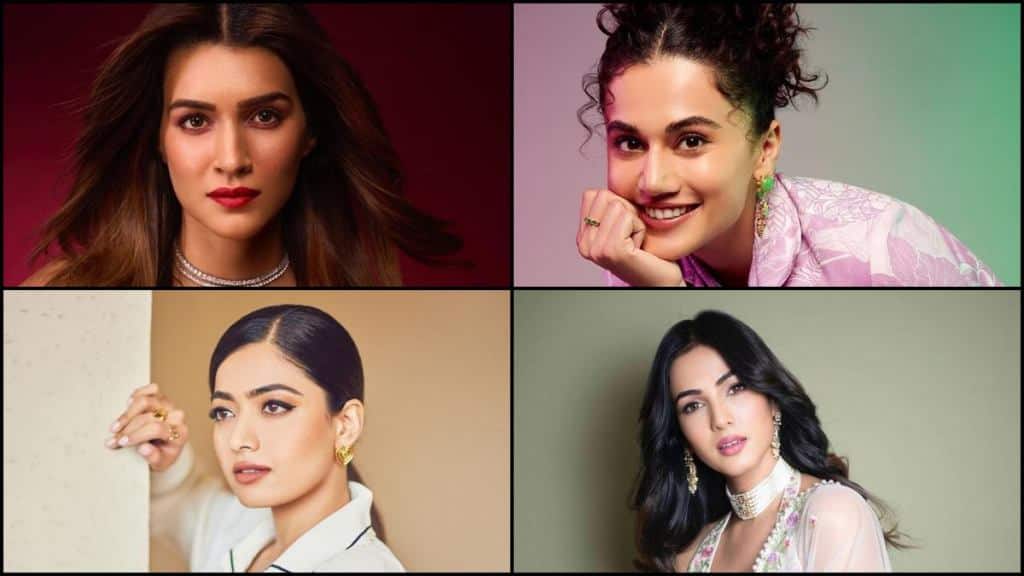 These actors have given us exemplary back-to-back performances.

The Indian film industry is the world’s second largest fraternity, and it has given us many brilliant actors. These actors have given us exemplary back-to-back performances and have paved their way to the top. Let’s take a look at the top 5 pan-India actors:

When we talk about Pan-India artists we definitely have to add Rashmika Mandana’s name to it. An artist who performs in Tamil, Telugu, Kannada and Hindi films has a well deserving spot on this list. Rashimika in a short span of time acquired national success through her mind-blowing performances. She has given us super hit movies like Pushpa, Goodbye, Sita Ramam and many more.

Rakul Preet Singh is already a big artist down south and has carved a niche for herself in Bollywood too. Known for her hot looks and fitness, spicy siren Rakul Preet Singh has starred in various Indian movies pacing her way up to the top and being considered a Pan-India Artist. She has done many movies like Runway 34, Dhruva, Thank God and many more.

Sonal Chauhan is a multi-talented model, singer, and actress who has predominant works in Hindi and Telugu language films. Movies like Jannat, The Ghost, Legend and many more such hit movies were complimented by the audiences, as they loved Sonal’s performances. Sonal Chauhan is known to be an ace at her projects and has been lauded time and again by the audiences and her fans. She has definitely claimed her spot as a top Pan-India artist.

Taapsee Pannu is a name unknown to none, making her debut with Telugu language films Taapsee has worked her way up to the top with her Hindi language super hit movies like Pink, Dobaaraa, Thappad and many such amazing movies. Taapsee being claimed as a pan-India artist is facts written in ink and we all know it.

Kriti Sanon is a well-known actress in the Telugu and Hindi language film industry. Marking her first Hindi project Heropanti, Kriti was awarded for her performance and complimented for her skills. She made her telugu film debut with Nenokkadine, as it turned out to be a super hit movie. Paving her way to the top Kriti is now a Pan-India artist. We cannot wait to see Kriti in her upcoming projects as the fans expect the best.