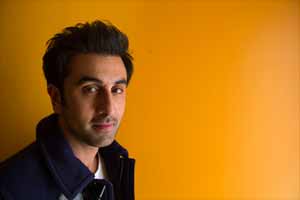 While Aamir Khan’s next release ‘PK’ hits the screens today, the film that also features Anushka Sharma, Sushant Singh Rajput, Boman Irani and Saurabh Shukla has been much talked about and highly anticipated and here’s one more reason why – Ranbir Kapoor too has made an appearance.

Though the film’s promotions began long back, the makers have managed to keep the story tightly under wraps. However, the audiences are in for an added treat with the release of the film.

Apart from the storyline, the makers of the film have managed to keep yet another secret and that is Ranbir Kapoor’s cameo in ‘PK’.

In fact, Ranbir Kapoor, who will be seen towards the end of the film, features in an important and pivotal cameo. The actor shares a brilliant sequence with lead actor Aamir Khan.

Interestingly, Ranbir’s involvement in the film was so well guarded that it was just the core team who knew of his participation.

Ranbir Kapoor will also be working with Rajkumar Hirani next on the Sanjay Dutt biopic.

More Stories on
PKRanbir Kapoor
Next Story
Soundarya Rajinikanth pregnant, thanks everyone for ‘best wishes’