Raksha Bandhan: Here’s what Akshay Kumar, Bhumi Pednekar, and others were paid for the film 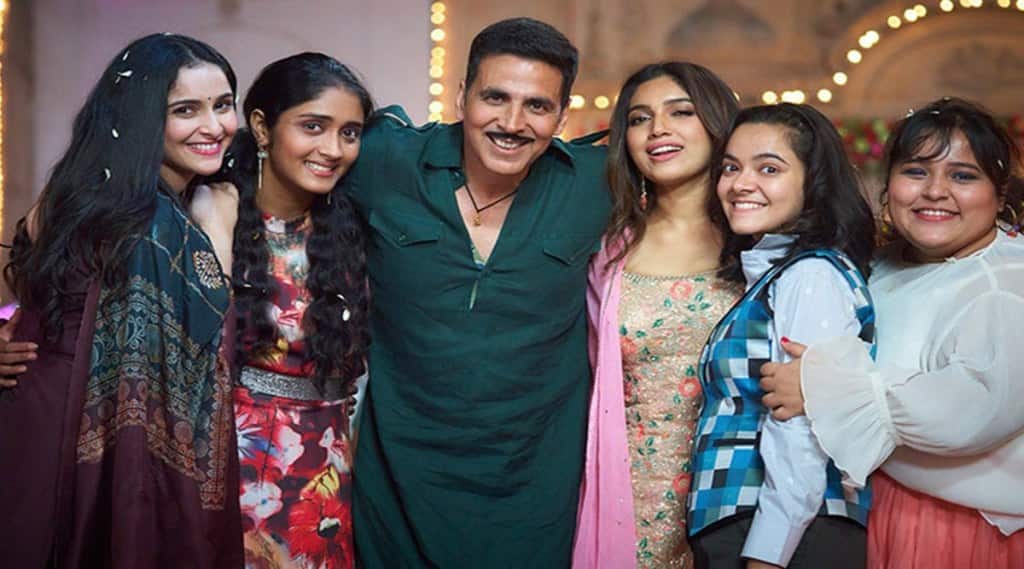 A still from Raksha Bandhan

The film revolves around the life of Lala Kedarnath, the eldest and only brother of four sisters, who runs a chaat stall to make ends meet. Lala had promised his widowed and ailing mother that he will get his sisters married into good families before him. Raksha Bandhan is about Lala’s efforts to get his four sisters married, while keeping his marriage with his childhood love, Sapna, on hold. Raksha Bandhan is one of the most-anticipated films of the year. Let’s take a look at how much money the cast of the film took home:

Akshay Kumar has reportedly been paid Rs 110 crore for playing Lala Kedarnath, the eldest and only brother of four sisters in the film. In the film, Lala, a chaat shop owner, is in a relationship with his childhood love, Sapna, played by Bhumi Pednekar.

As per reports, Bhumi Pednekar has received Rs 4 crore for her role in Raksha Bandhan. This is Bhumi Pednekar and Akshay Kumar’s second movie together after Toilet: Ek Prem Katha, which was released five years ago.

Sadia Khateeb made her debut in 2020 with Vidhu Vinod Chopra’s Shikara and she is seen playing the role of the eldest sister in Raksha Bandhan. As per reports, Khateeb got paid Rs 75 lakh for her role.

Sahejmeen Kaur, Deepika Khanna, and Smrithi Srikanth have played the other three sisters in Raksha Bandhan. While Khanna and Srikanth have reportedly got Rs 50 lakh each, Kaur has received Rs 25 lakh.

On the work front, Bhumi is currently shooting for The Lady Killer alongside Arjun Kapoor. Apart from this, she has Anubhav Sinha’s Bheed with Rajkummar, and in thriller titled Afwah with Nawazuddin Siddiqui. While Akshay will be seen in Mission Cindrella opposite Rakulpreet, Ram Setu, and Selfie.