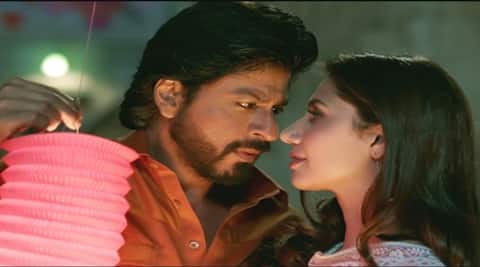 Raees movie review: It’s been a long time since Shahrukh fans have wanted to see the star in a role that showcased his entire range as an actor and that wait comes to an end with Raees. Shahrukh has worked brilliantly in the movie as the titular gangster and his performance will definitely go down as one of his finest. Of course, Shahrukh is always able to shine better when he has a powerful supporting cast – something that was missing in some of his earlier and less successful films. In Raees, however, Shahrukh has the able support of Nawazuddin Siddiqui as the relentless cop Majumdar. The intense rleationship between these two characters forms the throbbing pulse of Raees.
You may also like to watch:

Plot: Raees follows the prohibition era in Gujarat where Shahrukh starts out as a regular man with big dreams. Those dreams come to fruitition when he starts an illegal liquor trade, yet the gangster is also seen to have a heart of gold. It’s tough to maintain a character’s ferocity and vulnerability in equal measures, but this is what SRK does best. One minute he’s beating his adversaries bloody and you’re terrified, the next he’s romancing Mohsina and you’re in love. Mahira Khan makes a startling debut and we hope that once the furor over Pakistani actors has died down, we’ll get to see some more of this wonderful star in Bollywood.

Full of tightly-choreographed action sequences and a brilliantly written script, Raees finally marks the beginning of good movies in 2017. While the ending might seem a bit stretched to some audiences, Shahrukh will still manage to pull at your heart-strings.

Verdict: For those caught in the dilemma of whether to see Hrithik Roshan’s Kaabil or this film first, we would recommend booking your tickets (if theatres aren’t already full) for Raees.