Pallavi Joshi on Anurag Kashyap’s comment on The Kashmir Files: I don’t care about what he said

In an exclusive interview with financialexpress.com’s Eshita Bhargava, Pallavi Joshi talked about the film, the research that went behind it, its success at the box office, her character, and more. Excerpts from the interview: 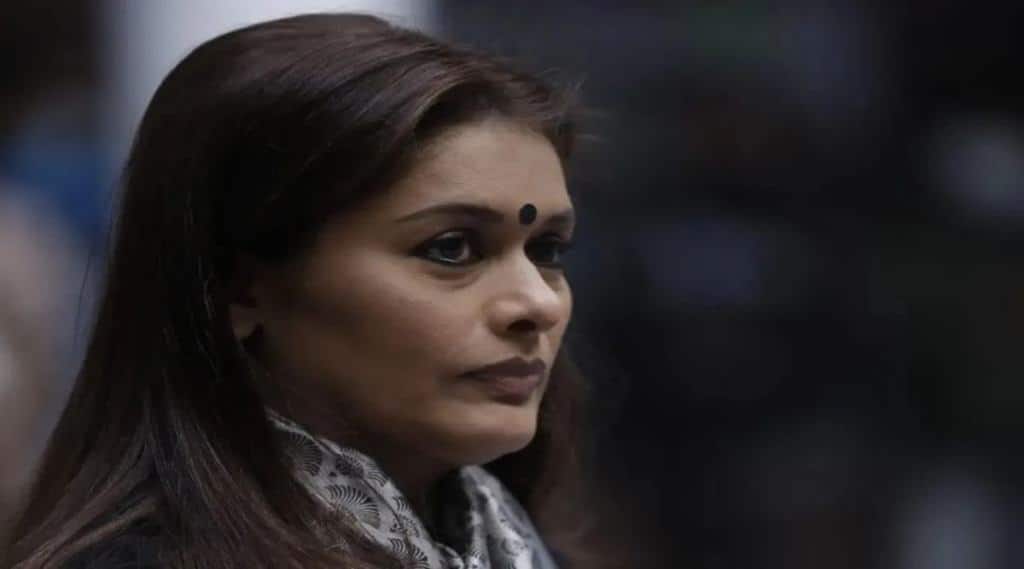 The Kashmir Files has now found itself among the contenders for India’s pick for the Oscars this year.

The Kashmir Files managed to become one of the most unexpected hits of 2022. The Vivek Agnihotri film grossed over Rs 300 crore on just a Rs 15-crore budget. The film has now found itself among the contenders for India’s pick for the Oscars this year. However, not everyone is happy about The Kashmir Files representing India on the global stage. Filmmaker Anurag Kashyap recently expressed his views on the film and said it should not represent India. Now, Pallavi Joshi, who not just starred in the film but also co-produced it with her husband Vivek (director), has responded to it. In an exclusive interview with financialexpress.com, Pallavi Joshi talked about the film, the research that went behind it, its success at the box office, her character, and more. Excerpts from the interview:

Why do you think Bollywood had to wait for more than 30 years to narrate the story of the Kashmiri Pandits?

That’s exactly my question. I must have asked that question several times while researching for The Kashmir Files. To be honest, I didn’t even know something that gruesome and brutal happened. When I started the research, I didn’t know what had happened with Kashmir. While talking to the Kashmiri pandits, administrators, and military officers of that time, I got to know about it. I revisited all the films made on Kashmir between the mid-80s’ to 90s’ – Right from Roja, Haider, Dil Se, and all the other films made by such big talented directors. They have done a good job with films and shared their point of view with the audience, but what is alarming is the fact that not even in one film the word Kashmiri Pandit was ever mentioned. It felt that they never existed in the Valley. I have never even read about it in the newspapers as we did for the Bhopal Gas Tragedy or the Sikh riots. As many as 5000 people were killed in Kashmir and that’s again alarming. I suddenly felt we have failed as a democracy, and have failed as a government to save our citizens. I know we are late but we didn’t want these 30 years to become 40.

Also read: Lal Singh Chaddha to Shamshera: Films made on massive budget that didn’t work at the box office this year

When and how did you and Vivek Agnihotri decide to make The Kashmir File?

It was impossible to sit with a straight face and I cried my eyes out while interviewing people, knowing what they have gone through. It wasn’t just the tragic stories that made me cry but I was feeling so small for not knowing about it. It was the feeling of helplessness that brought tears to my eyes. While the process has been extremely trying and I hope no one goes through what we did while researching but there was this time before we even started where I asked myself if I should be going ahead with releasing the film. I heard the voice that came from within and trusted my instincts to go ahead with The Kashmir Files. I am glad we did it.

The success of The Kashmir Files has taken the nation by storm, we have never seen anything like this before. To what do you attribute this unprecedented phenomenon?

The film started with Boycott and ended with Boycott again (she laughs). You know when we hear that people came out crying from the theatres, we feel that’s a natural reaction and can happen with any good film. But the biggest takeaway for me is the fact that people owned the film. The success of the film doesn’t lie in the box office numbers but the story behind how the film got such huge numbers is the real success. It became a movement and people asked each other to watch The Kashmir Files. I have not seen that happening with any film in the recent past. We got massive support from the audience and that was overwhelming. We knew the film would do well and had assured the producers to at least match the money spent on it but we had not anticipated such love.

Were you skeptical about how the film would do while making it?

There were a lot of obstacles that came our way and I might write a book on them. However, despite all the challenges we made the film. We didn’t have a big budget but because of the pandemic our overhead budget increased, Fatwas were issued, and people wanted to boycott the film. You know, some projects are blessed and we had blessings of the Kashmir pandits. Each of them told us that they are not crying because of what has happened to them but because no one has ever asked them about their pain. The world saw the tears after the release but we witnessed that from the beginning.

You also played a very tough negative part of a pseudo-intellectual instigator. What made you choose this part? And how difficult was it playing such a dark character with a sinister agenda?

Speaking purely as an actor, I loved playing the character. It was so challenging as people don’t associate me with a negative character. It was an uphill task for me to play a vile person. I decided to make her more human and not do any kind of villainy in the film. I portrayed her as an honest woman who believed in whatever she did. In her circle of people, she is not a villain but an intellect who hosts good parties, has the best wine, knows politics, has a great sense of anti-establishment, and has the guts to speak against the Prime Minister of the country. She is recruiting soldiers for her battles against the system. She is using her intellect, and charm to achieve what she wants.

How did you go about casting and what made you choose Mithun Chakraborty and Anupam Kher?

Anupam Kher was a natural choice as he is a Kashmiri Pandit. He has been the face of their struggle for several years. When Vivek wrote the film, we realised that Pushkar Nath is a block fit for Anupam Kher. We did Tashkent Files with Mithun Da and Vivek was extremely impressed with his work ethic. When we were thinking about these four old men, he came to our mind as Brahma Dutt, the only one who is still carrying the entire tragedy of Kashmir in the current time. Everyone else has moved on in life. The only person who could do justice to this character is Mithun Da and he added so many little things to the character that made it even better.

Recently, filmmaker Anurag Kashyap commented on the film and said it should not go for the Oscars. What do you have to say about that?

Nothing. I don’t care about what he said.

What’s next? I suppose the third and last part is something that you are working on? Tell us about it.

We are still researching the subject and we’ll take a few months and then we’ll work on the script. I don’t know the story, not sure how it will turn out, but I am sure that the film will reunite all Indians in a big way.

Follow us on
Latest News
Opera Crypto Browser collaborates with Alteon LaunchPad to allow beginners’ NFT minting
Recession-proofing tech teams with the top trends of 2023
How to manage your money to keep goals on track and crises at bay
DRI seizes 833 kg gold worth Rs 405 cr in FY22, bulk originating from Myanmar
Dow 30 jumps 20% from September lows leaving Nasdaq 100 and S&P 500 behind
MCD elections 2022: How a BJP loss could alter Delhi’s power dynamics
Discoms’ aggregate technical and commercial losses down to 17pc in FY22
Photos
‘The festival of democracy’ – Modi votes in Gujarat 2nd phase! See PHOTOS
5 hours agoDecember 5, 2022
Gujarat Assembly Election 2022: The Festival of Democracy – In PICS
4 days agoDecember 1, 2022
Mumbai Attack 26/11: Tributes paid to martyrs on 14th anniversary of terror attacks that shook the nation
1 week agoNovember 26, 2022
Read More
×
DJ Hardwell’s first exclusive interview in four years: I am excited to be back
Ashwiny Iyer Tiwari on box office numbers: Important but not more than a good story
Watch: Know how Kartik Aaryan is just like us when it comes to money management and savings
Showtime for VFX! Here’s what govt is doing to give ‘the right push’
Salman Khan shares his look from Kisi Ka Bhai Kisi Ki Jaan as he wraps shoot; See pic
Explained: Varaha Roopam from Kantara is now officially back in the film; Know about the controversy