The actor duo are the special guest for this weekend’s episodes of reality singing competition Sa Re Ga Ma Pa. 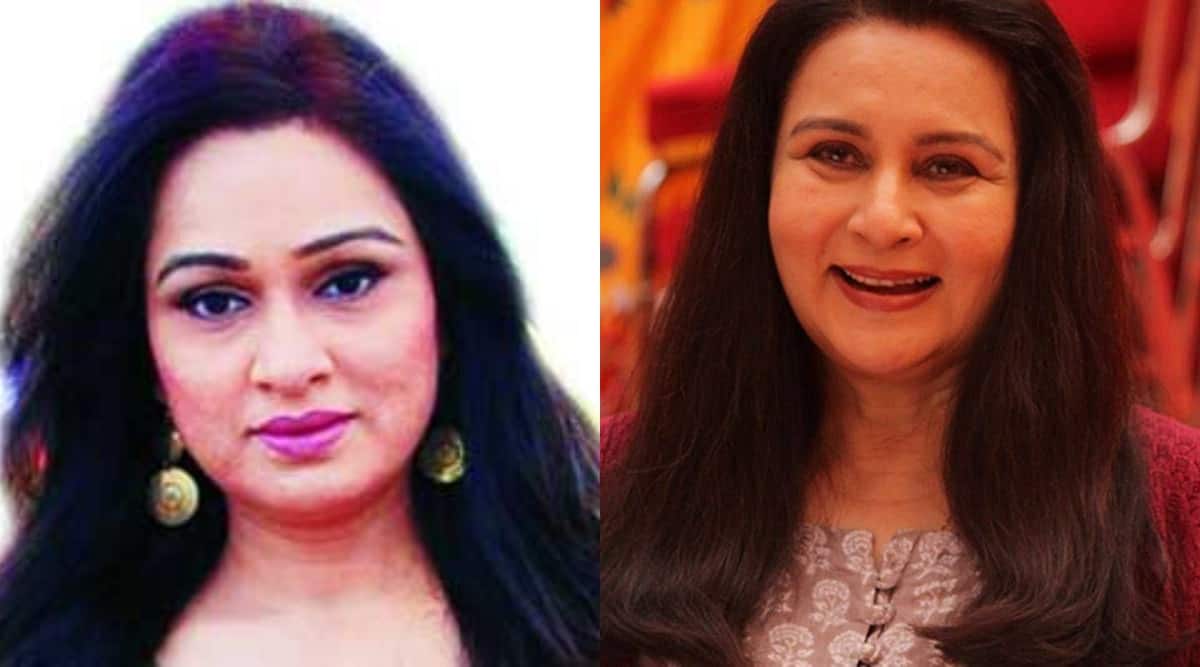 In past interviews, Kolhapure had opened up and said that her parents were very strict. (File images via IE)

Poonam Dhillon and Padmini Kolhapure: Veteran actor Poonam Dhillon has revealed that she not only helped fellow actor Padmini Kolhapure by organising the latter’s wedding attire, but also helped her with her jewellery at the time. The actor duo are the special guest for this weekend’s episodes of reality singing competition Sa Re Ga Ma Pa, where Dhillon revealed this. Poonam added that basically, Padmini Kolhapure had eloped to get married to producer Pradeep Sharma. She added that whatever jewellery was worn by Padmini during her marriage was given by her friends, including Poonam.

Poonam added that all of them were young then and did not know what Padmini would wear for her wedding and therefore, they arranged clothes and attire for the latter. Poonam and Padmini, who are currently starring together in Hotstar + DIsney’s Dil Bekaraar along with veteran actor Raj Babbar, have worked together in the 199 film ‘Qurbani Rang Layegi’ and in the 2014 soap opera ‘Ekk Nayi Pehchan’.

On the sets of Sa Re Ga Ma Pa, Poonam said that she and Kolhapure had seen a lot of ups and downs together, and she believed that while family is chosen by God, friendship is the one relationship that people have the liberty to choose for themselves. She added that she can do anything for this friendship.

Meanwhile, Kolhapure said that Dhillon had been very giving to her, adding that when Kolhapure’s parents were not supportive of her marriage to Pradeep Sharma, whom she met in 1986 on the sets of Aisa Pyar Kahan, it was Poonam who helped her a lot.

In past interviews, Kolhapure had opened up and said that her parents were very strict and her father would not even let her leave her hair loose. Therefore, her parents would not accept her wanting to go for a love marriage. Kolhapure, however, did find support from her elder sister, actor Shivangi, and Shivangi’s husband, actor Shakti Kapoor. Kolhapure’s wedding to Sharma was held in the house of Dhillon’s former husband producer Ashok Thakeria.

Next Story
Adarsh Gourav to Inayat Verma: Actors who instantly rose to fame in 2021 thanks to OTT platforms