Miss Universe 2021 Harnaaz Sandhu debuted on TV with this series

The Chandigarh native, who is currently pursuing a Master’s degree in public administration, is a huge fan of Priyanka Chopra and draws inspiration from her work. 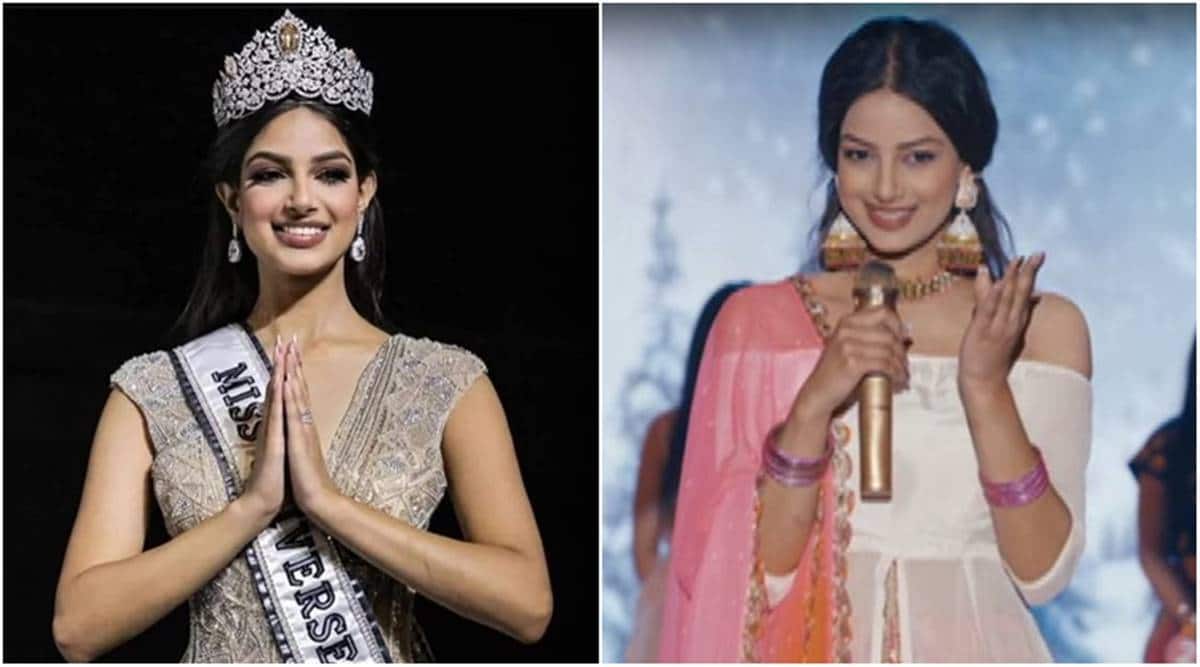 Harnaaz has already worked in a couple of Punjabi films, including Yaara Diyan Poo Baran and the still-to-be-released Bai Ji Kuttange. (IE)

Harnaaz Sandhu has been trending on social media ever since she was crowned Miss Universe 2021 on Monday. The model-actor earned plaudits for bringing back the crown to India 21 years after Lara Dutta last won the pageant. Now, the entire world is waiting with bated breath to see what the 21-year-old does next. Many in India believe that she would follow her predecessors Lara Dutta and Sushmita Sen, India’s first Miss Universe, and make the jump to Bollywood.

But facing the camera is not something new for the Chandigarh girl.

Harnaaz has already worked in a couple of Punjabi films, including Yaara Diyan Poo Baran and the still-to-be-released Bai Ji Kuttange. She made her television debut with Udaariyaan, the ongoing series on Colors TV. Harnaaz made a cameo appearance in an episode where she participates in a beauty pageant. She is pitted against Jasmin (Isha Malviya), the series’ main protagonist. The clip from that episode has been doing the rounds on social media ever since Harnaaz won the Miss Universe 2021 title.

The Chandigarh native, who is currently pursuing a Master’s degree in public administration, is a huge fan of Priyanka Chopra and draws inspiration from her work. The Miss World 2000 winner returned the favour as she gave a shout out to the young starlet on Instagram as she won the Miss Universe crown.

Harnaaz also draws her inspiration from her mother, a gynaecologist. Growing up, she worked with her mother at health camps, addressing issues such as menstrual hygiene and women’s health. The model-actor is conscious of the privilege she has gained because of her mother’s struggles and sacrifices and is an advocate for women’s empowerment, especially their rights to education and careers.

Born in the sleepy village of Kohali in Punjab’s Gurudaspur district, Harnaaz moved to Mohali as a child. But she retained her ancestral roots and visits Kohali regularly. During a recent visit to the village, she posed on a tractor and expressed solidarity with the farmers’ agitation against the now-scrapped farm laws.