The list honours a wide group of set creators who tell their own stories to their audiences. 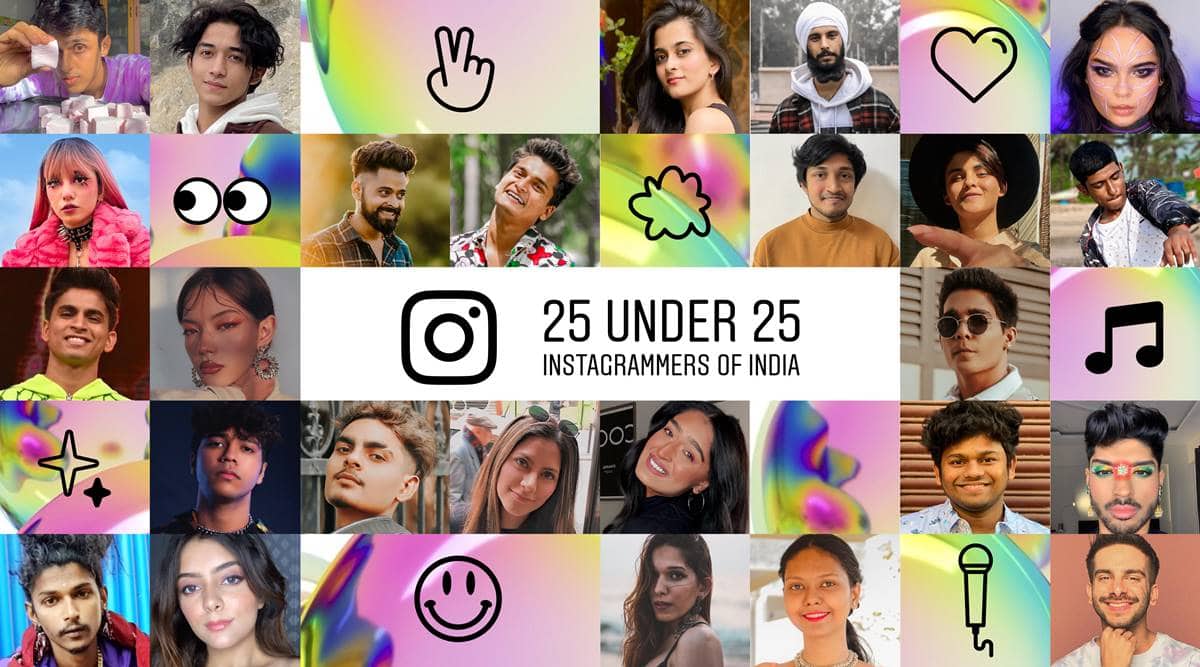 The list is supposed to highlight Instagram's most interesting and trailblazing creators.

In the run-up to Meta Fuel For India 2021, Instagram has announced its 25 Under 25 Instagrammers of India as part of its ‘We Are In The Making’ campaign, which celebrates young people in the making.

Instagram has showccased itself as a place where individuals could express themselves while also being entertained. Reels, on the other hand, has seen an increase in the amount of young individuals showing their skills and building a strong community. As part of the platform’s marketing campaign this year, such creators were honoured by emphasising their accomplishment across many media formats. Now, as part of the same initiative, ’25 Under 25 Instagrammers of India’ is another step.

The list is supposed to highlight Instagram’s most interesting and trailblazing creators, who are experimenting with and expressing themselves, telling their communities unique tales, and pushing others to do the same. Along with Instagram, a diverse and accomplished panel of judges chose the list. Sara Ali Khan, Kusha Kapila and Masoom Minawala, Nikhil Taneja, co-founder and CEO of the youth media company Yuvaa (@weareyuvaa), GV Prakash, popular music composer for Tamil and Telugu films, Aju Philip, co-founder of the influencer marketing agency @fabsquadmedia, and Manish Chopra, Director & Head of Partnerships, Facebook India are among those honoured.

“Reels has revolutionised the way content is made and viewed on Instagram and given rise to a whole new crop of young producers,” Manish Chopra said. “This list is a means for us to honour and celebrate them. I’m grateful to the jury for contributing their expertise and experience to the selection of this diverse and inclusive group of 25 creators. We look forward to working with them and others like them to help India’s creator ecosystem grow and thrive,” he added.

“I’m continually impressed and excited by the inventiveness that individuals are exhibiting on Instagram,” Sara Ali Khan added. “It’s especially exciting to watch fresh and young faces stepping out with their changes, trends, and problems in Reels. I’m honoured to have had a little hand in picking the innovators that will be included in this prestigious 25 Under 25 list. Looking through their accounts was a tremendous honour, and I’m drawing inspiration from them for my upcoming Reels as well.”

The following are some of the highlights from the list of 25 Under 25 Instagrammers:

Kushal Mistry of Ahmedabad, who makes content in Gujarati, is an example of regional language developers.

Unique storytellers like Harshleen Jhan (@harshleenjhans), who focuses in SFX makeup and has 26k followers, Tanya Balchandani (@glittersbytanya), who has 87k followers and robotic dancer Gurpreet Singh (@gurpreet illusiontown), who has 59K followers.

Visit the 25 Under 25 microsite to see the whole list. Follow #25under25ofIG and #InTheMaking to learn more about the list, the winners, and the conversations around it.