Lord of the Rings fans! Check out its epic title for Amazon Series, release date and more

The Lord of the Rings: The Rings of Power, as the name suggests, follows the story of original rings of power that allows Sauron to spread darkness across Middle Earth. 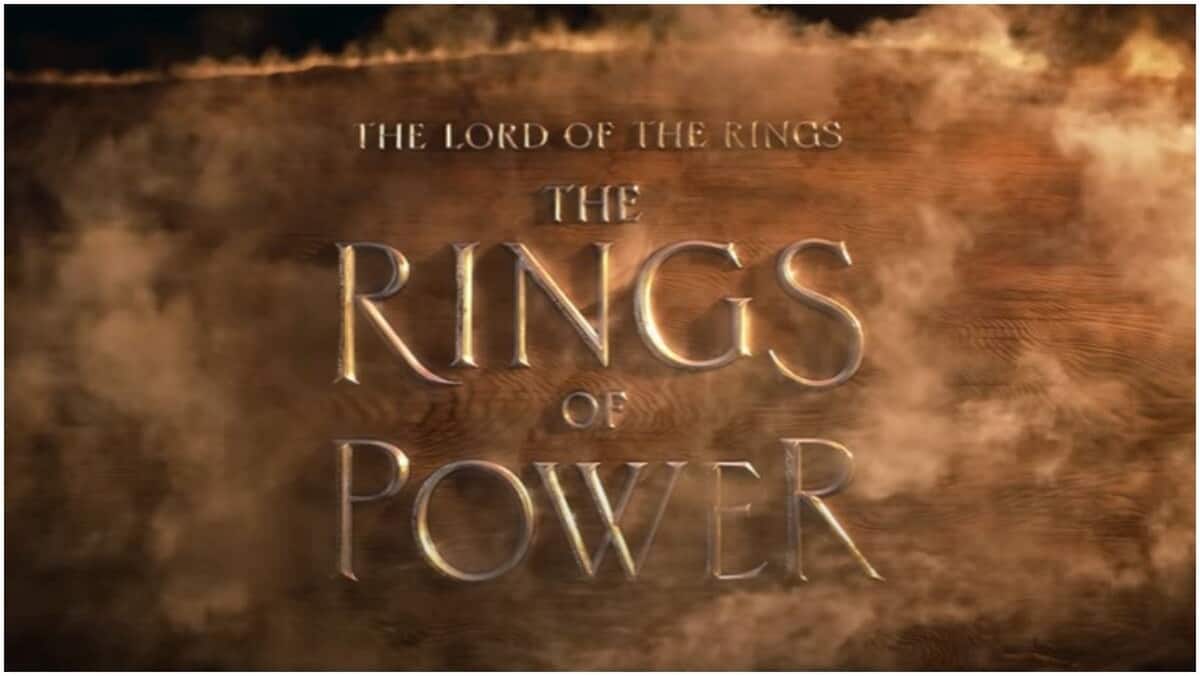 Lord of Rings: The Rings of Power: The release date and title of the most eagerly awaited , mysterious mega-budget fantasy TV series Lord of the Rings is out. The drama is all set to debut September 2 on Amazon and will air in six languages in India: English, Hindi, Tamil, Telugu, Malayalam, and Kannada. The Lord of the Rings: The Rings of Power, as the name suggests, follows the story of original rings of power that allows Sauron to spread darkness across Middle Earth.

“This is a title that we imagine could live on the spine of a book next to J.R.R. Tolkien’s other classics. The Rings of Power unites all the major stories of Middle-earth’s Second Age: the forging of the rings, the rise of the Dark Lord Sauron, the epic tale of Numenor, and the Last Alliance of Elves and Men,” showrunners J.D. Payne and Patrick McKay were quoted as saying.

“Until now, audiences have only seen on-screen the story of the One Ring – but before there was one, there were many… and we’re excited to share the epic story of them all,” the producers further said.

Amazon released a one minute video of the series on January 19, 2022. The video has so far garnered 1,534,150 views. The description text shared by the Prime read: “The video opens on the camera moving through what appears to be canyons filled with mist. Cut to fire coming down the canyon, a river of molten lava visible below it. As the voiceover begins, the camera pulls back to reveal we are not in a canyon and the molten substance begins to fill up what might be symbols or letters. A wave of water flows over it, cooling it as steam is released. The molten substance darkens and hardens, to reveal it is some sort of metal with symbols on the side of it. The camera pulls back through the mists to reveal the words ‘The Lord of the Rings: The Rings of Power’ on a wood background.”

The video has received 36k likes (and counting) on YouTube. The YouTube comment section is filled with mixed responses. While a larger percentage is excited about the release, there are a few who are doubtful about the future prospects of the film. “Either going to be a masterpiece or a complete trainwreck, no middle ground for TV shows like this one”, wrote one of the users on YouTube in the comment section. “Please, please, PLEASE don’t ruin this”, wrote another user.

Lord of Rings fans will know that the series is set thousands of years before the events of J.R.R. Tolkien’s famed The Lord of the Rings and The Hobbit fantasy-adventure novels. The It upcoming series will come up with the familiar characters who will be confronting the “long-feared re-emergence of evil to Middle-earth,” ground that has yet to be covered on screen, Amazon said previously.