Laal Singh Chaddha: Here’s how much Aamir Khan, Kareena Kapoor Khan, and others charged for the film

Here’s a look at how much the cast of Laal Singh Chaddha has charged as fees: 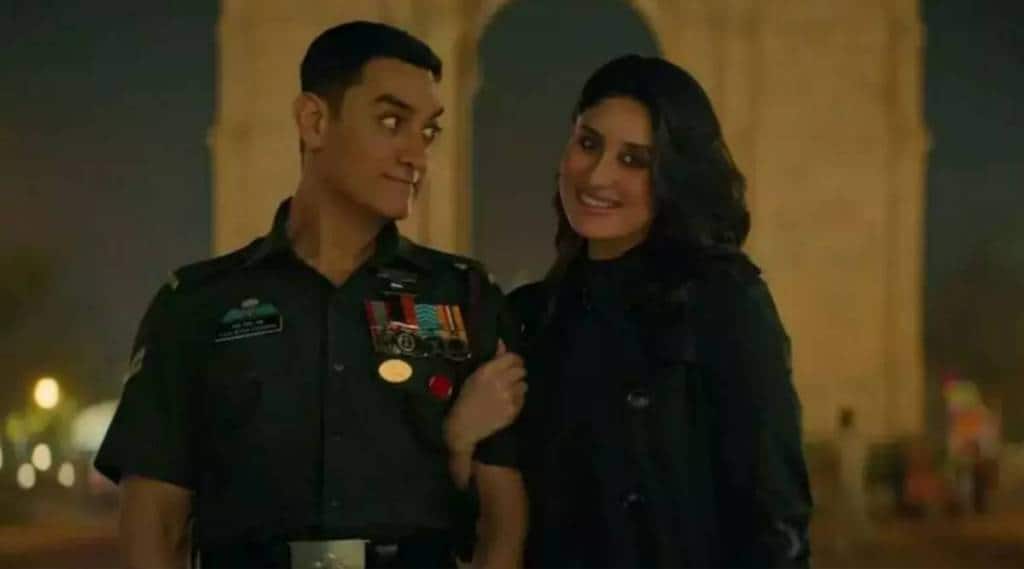 A still from Laal Singh Chaddha

The film is the story of mentally challenged but optimistic boy who leads a normal life like others. His journey – from being an athlete in his college to joining the Indian army, and being truly in love with his childhood love through it all, has been emotionally documented in the film.

As we all know that the movie has been made on a grand scale, and the budgets and salaries of the cast members are also obviously huge. Here’s a look at how much the cast of Laal Singh Chaddha charged for the movie:

Also Read
Vikram Vedha: Here’s how much Hrithik Roshan, Saif Ali Khan, and others charged for the film
Kriti Sanon on playing Sita in Adipurush: Consider myself fortunate, very few actors get a chance…
Jayam Ravi on Ponniyin Selvan: Mani Ratnam made me realise importance of playing Rajaraja Chola
Exclusive | R Balki on why he made Chup: Revenge Of The Artist: ‘A review had once pushed me into depression’

Aamir Khan, who will be seen playing a Sikh man in the film has reportedly charged Rs 50 crores for Laal Singh Chaddha.

The actor will be seen playing Manpreet Kaur Chaddha, Aamir Khan’s love interest in the film. This is Kareena’s first film after the birth of her second son Jehangir (Jeh) Ali Khan. As per reports, Kareena has been paid Rs 8 crores for her role in the film.

Laal Singh Chaddha is Naga Chaitanya’s debut in Hindi films. He is playing a soldier named Nalaraju, who dies in a war. For his role, Naga has taken Rs 6 crores.

Mona Singh has reunited with Aamir Khan and Kareena Kapoor Khan after 3 Idiots. She is playing the mother of young Laal Singh Chaddha in the film. Mona doesn’t have scenes with Aamir and Kareena, she will be seen only in flashback sequences. Mona has been paid Rs 2 crore for her role.

Follow us on
Latest News
Stamp of traitor will remain forever: Uddhav Thackeray tells Eknath Shinde at Dussehra rally
India-made cough syrups may be tied to 66 deaths in Gambia: WHO
Wall St slides as rising Treasury yields snuff out stock rally
Will not work for Nitish Kumar even if he vacates CM’s chair for me, says Prashant Kishor
OPEC+ agrees deep cuts to oil production despite US pressure
Assets seized or detained? Know the remedies available under Sections 129 and 130 of the CGST Act
World Bank says goal of ending extreme poverty by 2030 unlikely to be met
Photos
Durga Puja 2022: Celebrations begin across India; devotes reach temples to pay respect |In Pictures|
4 days agoOctober 1, 2022
Swedish Carl Gustaf M4 to be made in India, will be exported too
1 week agoSeptember 28, 2022
Prime Minister Narendra Modi attends Shinzo Abe’s funeral in Japan
1 week agoSeptember 27, 2022
Read More
×
Exclusive | R Balki on why he made Chup: Revenge Of The Artist: ‘A review had once pushed me into depression’
Vikram Vedha: Here’s how much Hrithik Roshan, Saif Ali Khan, and others charged for the film
Hrithik Roshan immortalises yet another character in Vikram Vedha
Glitch to Love Is For Suckers: K-dramas to watch this October
Playing a doctor is dream come true says, Ayushmann Khurrana
Chello Show tells story of our vanishing film heritage; Amitabh Bachchan shares trailer of India’s Oscar Selection