Kareena Kapoor will have to file her own income tax this year as the 26-year-old man who hacked into her online account last year has been arrested. 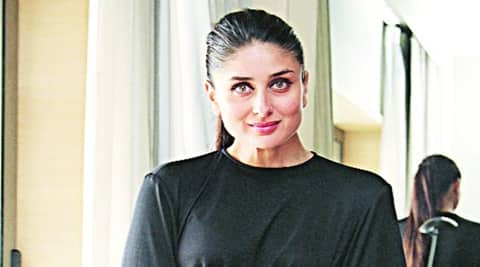 Kareena Kapoor will have to file her own income tax this year as the 26-year-old man who hacked into her online account last year has been arrested. The Mumbai Police arrested a 26-year-old man, who belongs to the paramilitary forces, according to a report by News 18. We’re guessing that Kareena and hubby Saif Ali Khan can rest easy now that the man behind the whole income tax drama is in the custody of the police. And that’s great, but we’re hoping the arrest will solve the question that has puzzled many fans – Of all the things the hacker could have done, why did he choose to fiddle with the star’s tax returns? Perhaps this is the way hackers show love for their favourite stars? Is this what such people do for fun in their free time? We want answers!

Reports emerged in October last year that when Kareena tried to file her income tax returns, she discovered that the deed had already been done back in August for that quarter (as if she didn’t have enough to worry about with her pregnancy). To access an online income tax account, one needs a person’s PAN card details. Of course, having knowledge of the PAN card can also allow access to many other financial facilities, although it is unknown whether the hacker was able to get money out of his scheme. The hacker had, however, changed the password for the star’s online account.

Naturally, the worried actress and her chartered accountant immediately registered a case with the police, according to a report in First Post. The offense was registered under Section 419 of the Indian Penal Code and Section 66C of the Information Technology Act.