According to the film’s director Atlee, Jawan has something for everyone that includes emotions, action, and drama all to create a visual spectacle. 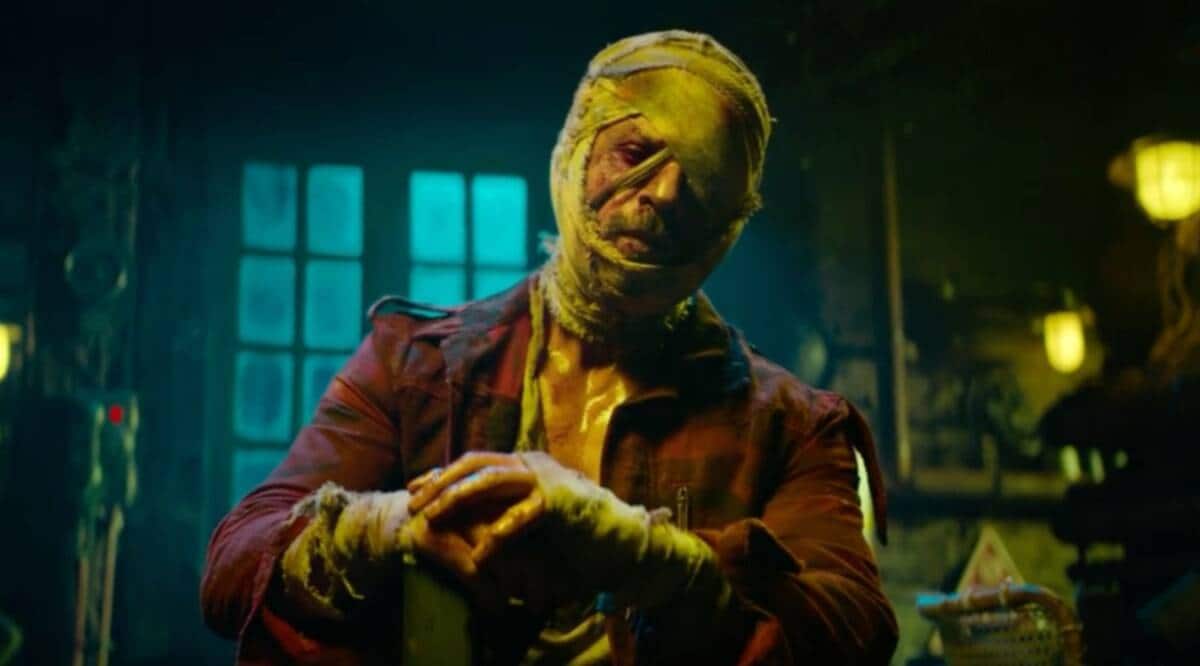 The teaser for Shah Rukh Khan’s new film Jawan was released by Red Chillies Entertainment on Friday. The film has been directed by Atlee and has reportedly been in production for some time now. After Pathaan and Dunki, this happens to be the third Shah Rukh film that was announced this year. Along with the announcement was the one-and-a-half minute video in which Shah Rukh’s face is revealed majorly covered in bandages. The video shows a coded message flashing after which Shah Rukh Khan’s character is uncovered, followed by a trove of ammunition, a radio message and him laughing maniacally. Considering a multi-language release, Jawan would most likely take a pan-India approach.

According to the film’s director Atlee, Jawan has something for everyone that includes emotions, action, and drama all to create a visual spectacle.

Shah Rukh Khan had been on a self-imposed break for a while after a series of box office disappointments that topped with the film Zero in 2018 which also co-starred Katrina Kaif and Anushka Sharma. The film had failed to recover its reported Rs 200 crore budget theatrically. However, Shah Rukh did make some appearances by giving a voice over to Mufasa in the Hindi dub of The Lion King, appeared in the Netflix reality series Fabulous Lives of Bollywood Wives and also narrated the Amazon Prime Video series The Forgotten Army – Azadi Ke Liye.

Earlier, Khan had starred in some underwhelming big-budget films like Raees, Fan, Jab Harry Met Sejal and has also appeared in an extended cameo in the Alia Bhatt-starrer Dear Zindagi.

The most upcoming film of Shah Rukh Khan will be Pathaan, which is an action-thriller that features Deepika Padukone and John Abraham. The film is slated for January 2023 release and is rumoured to be a part of YRF’s planned shared universe of spy films which includes Hrithik Roshan’s War and Salman Khan’s Tiger series.