International Women’s Day 2019: 10 Bollywood songs that outrage the feminist in us! 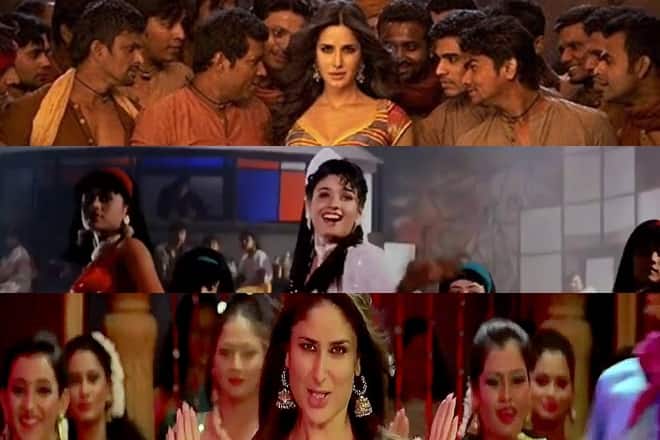 International Women's Day 2019: Bollywood songs that outrage the feminist in us

International Women’s Day 2019: March 8 is the International Women’s Day and we would like to use this as an opportunity to call out Bollywood in regard to how it sees women. While on one hand, the B-town celebs pride themselves in promoting feminism, on the other, they are the ones who work against the very ideology by producing content which reduces women to mere sex objects.

More than anything, it is the songs in our films which are responsible for the objectification of women. On most occasions, owing to our ‘itna toh chalta hai’ mentality, the sexism hid in our songs is not even acknowledged. But at times, when it is in your face, there is absolutely no point holding your outrage, right? A day before Women’s Day, we pick out 10 Bollywood songs that outrage the feminist in us. Take a look, and cringe, because we must.

Before we start, we would like you to read these lines from Chikni Chameli: “Hoye jaanleva jalwa hai, Dekhne mein halwa hai, Pyaar se paros doongi toot le zaraa”

The fact that this song topped the charts back in 2012 when it released, tells a lot about the society we live in. We conveniently ignored the cringe-worthy lyrics and didn’t mind a Katrina Kaif dancing amid a bunch of boys who are ogling at her with lustful eyes.

One Yo Yo song isn’t enough, so here, take another one. Along with him and much to our disappointment is Punjabi superstar and singer, Diljit Dosanjh.

This song is about a woman having a waist of 28 inches and who weighs 47 kgs. This song, with its catchy beats and periodic moaning by a woman in the background, again reduces women merely to their body and also tells her that while she was busy dieting, the ‘fat girl’ already got married. In conclusion, thin bodies? Fat bodies? All unacceptable.

Fevicol Se is another example of how low Bollywood can stoop to pull audiences to the theatres. Feminism will always be a far-fetched dream as long as we have women working against it, as in this case, we have Kareena Kapoor Khan who is showing off her titillating dance moves even as she lip-syncs these depressing words: “main to tandoori murgi hoon yaar, Gatkaale saiyan alcohol se.” YUCK!

This is yet another Bollywood number that objectifies women, even their wrists! At the same time, as the title suggests, it also shamelessly indulges in colourism. The girl, played by Jacqueline Fernandez, is making requests to her lover to take her for movie and shopping and she has no qualms in using her Chittiyan Kalaiyan (fair-skinned wrists) as a tool to lure him in.

What’s most shocking about this “stalking” song is that it is penned by Irshad Kamil, one of the most revered new-age lyricists we have in Bollywood. The hero, played by Shahid Kapoor, has a completely absurd idea of entitlement as he tells his heroine that he will stalk her and block her way. And the worst part – she is not even allowed to express her astonishment while he does that. Another set of disturbing lyrics below:

This song was featured in the 1994 film “Mohra” which was widely acclaimed for its music. The result of this song, apart from the huge role it’s played in the lives of roadside eve-teasers was that Raveena Tandon, the lucky one to be called a ‘mast cheez’ in the film even got the nickname ‘the mast mast girl.’

Aamir Khan sounded repentant on the sets of Koffee with Karan season 6, that he was part of a typical Bollywood song Khambe jaisi khadi hai/ladki hai ya chhadi hai from the movie Dil, 1990. However, the song will go down the ages like a fine example of how Bollywood has been objectifying women. Here are the lyrics below:

Here’s how the utterly sexist lyrics of this song go:

The urban societies in our country might not relate with the above-mentioned words but the same cannot be said about the people living in rural India. It’s a pity that even in 2018, husbands are treated as God-like figures by their wives in several households. Grow up ladies, your husbands are as ordinary as you. And no, they are not meant to be forgiven for their unreasonable deeds. To hell with the crap Bollywood keeps making every now and then!