Neetu Kapoor also shared pics of her son Ranbir’s Mehendi ceremony in which Ranbir can be seen lifting his sister Riddhima Kapoor Sahani in his arms. 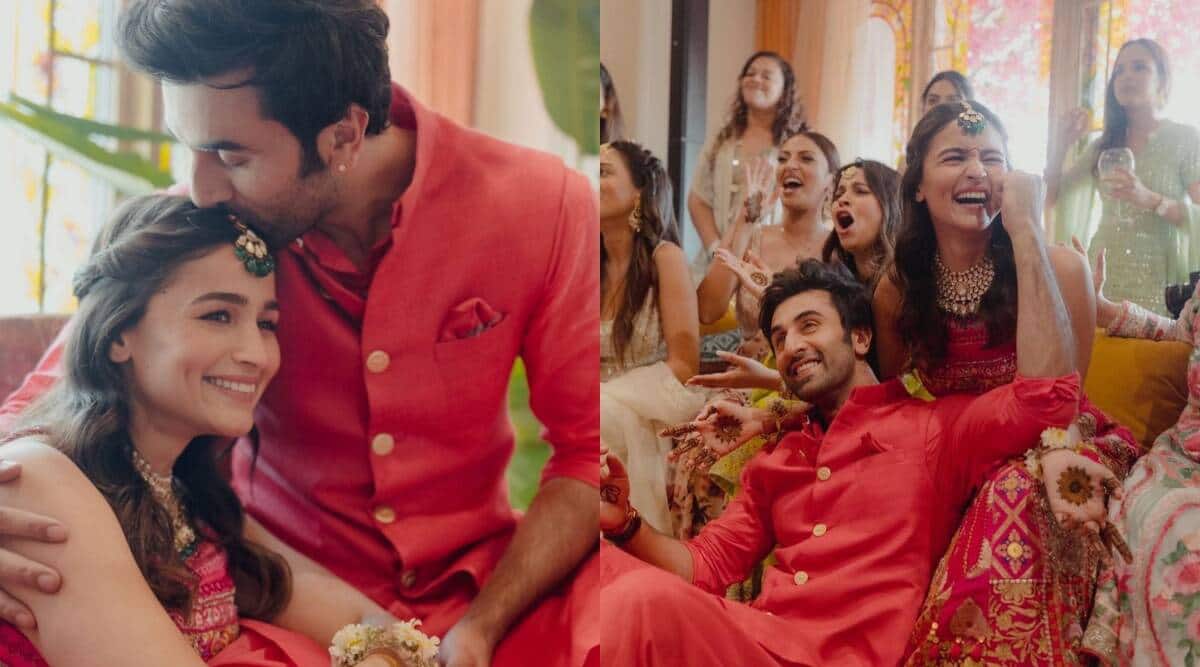 After the glimpse of their wedding, Alia Bhatt has now posted pictures from her Mehendi ceremony that happened at their house in Mumbai. The photos give an impression of a fun-filled party with dance performances and lots of smiles from every corner.

Out of the eight photos that Alia shared from her Mehendi ceremony, Ranbir could be seen dancing with his late father Rishi Kapoors photo in his hand, while another photo had the groom’s squad that includes mother Neetu Kapoor, sister Riddhima and cousins Kareena Kapoor and Karishma Kapoor putting out a surprise performance.

Alia was also seen posing in a photo with her sister Shaheen Bhatt and close friends along with Brahmastra director Ayan Mukerji. The last picture shows Alia giving Ranbir a tight hug.

Along with the pictures, Alia mentioned how ‘Mr Kapoor’ had organised a big surprise for her and expressed how the Mehendi was like something out of dreams, a day full of love, family, best friends, a surprise performance by ladke walas, Ayan playing DJ and much more.

Riddhima Kapoor Sahan also shared a glimpse of the fun on Mehendi.