Bollywood star Ajay Devgn says he is not just an action hero and feels comfortable doing romantic films too. 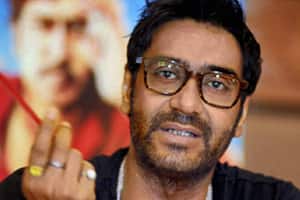 Bollywood star Ajay Devgan says he is not just an action hero and feels comfortable doing romantic films too.

When asked about being tagged as an ‘action hero’, specially after the release of the ‘Singham’ film series, he said, “I don’t think so. I have acted in different types of films in my career. I consider myself lucky that I have got a chance to act in all kinds of films.”

In this regard, the 45-year-old actor referred to his earlier movies like ‘Hum Dil De Chuke Sanam’ (1999) and ‘Gangajal’ (2003), which were not purely action films.

To a question, Devgn said at present no screenplay of a romantic film has been brought to him, but in future if he comes across any good romantic story, he would definitely love to act in it.