The film’s two male protagonists are Zaheer Iqbal and Mahat Raghavendra, paired opposite the leading ladies, along with a talented ensemble cast. 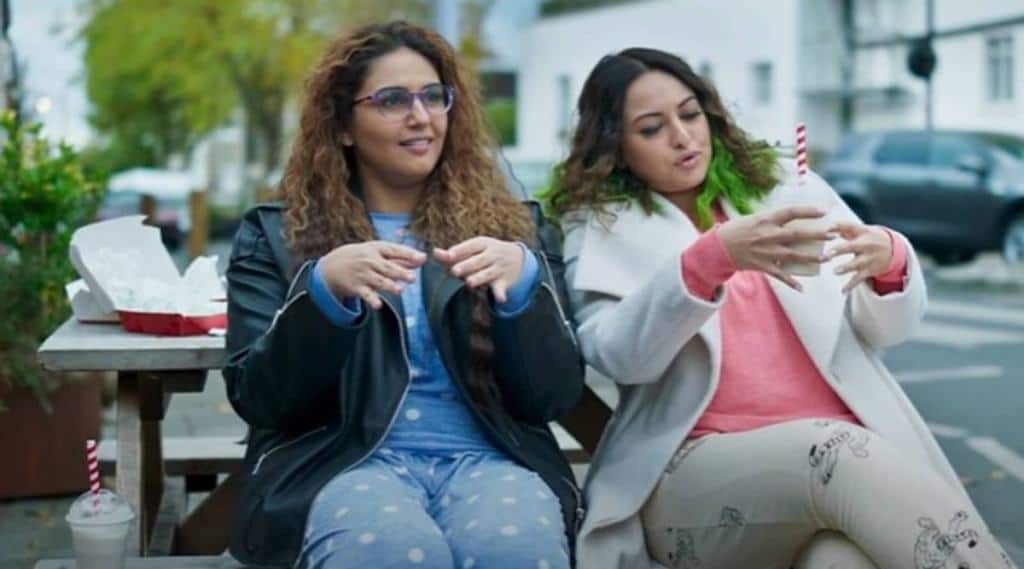 A refreshing new subject that promises to break the clutter and redefine the way ‘attractiveness’ and ‘self-worth’ is measured, Double XL headlined by Sonakshi Sinha and Huma Qureshi will hit theatres on November 4, 2022. The slice-of-life comedy-drama that challenges bodyweight stereotypes has been in news since the release of its teaser. Now, the makers have unveiled the first motion poster of the film featuring Sonakshi Sinha, which has further built the anticipation around the film.

Directed by Satramm Ramani, Double XL is a humorous and heartwarming whirlwind adventure into the hearts of two plus-sized women, as they navigate through a society that frequently associates a woman’s attractiveness or beauty with her size.

The film’s two male protagonists are Zaheer Iqbal and Mahat Raghavendra, paired opposite the leading ladies, along with a talented ensemble cast.

Also Read
Reasons why you should be watching Brahmastra on Disney+ Hotstar
After giving hits like KGF and Kantara, here’s a look at what’s working for Hombale Films

The film is presented by Gulshan Kumar, T-Series, Wakaoo Films and Mudassar Aziz.

Follow us on
Latest News
‘Stop playing with children’s lives’: BJP demands AAP govt order closure of Delhi schools
Karnataka schools, pre-university colleges asked to introduce meditation sessions for students
UGC NET 2022 Result: NTA to release results on Nov 5, says UGC Chairman; Here’s how you can check
Madhya Pradesh: 11 killed as SUV rams into bus in Betul, police say driver dozed off
US should ease ‘foreign entity’ rules so that more EVs get tax credits, says Ford
Gowardhan Ghee partners with KBC Season 14
‘Only propaganda’: Nitish Kumar’s dig at Modi govt over unfulfilled demand for special status to Bihar
Photos
Heart-wrenching! Here is a look at Morbi and the suspension bridge that collapsed
4 days agoOctober 31, 2022
In Pictures: PM Modi in Kargil to celebrate Diwali with soldiers, says, ‘All of you have been my family for years now’
2 weeks agoOctober 24, 2022
In Pictures: PM Modi inaugurates Deepotsav in Ayodhya; World record set by lighting of over 15 lakh diyas
2 weeks agoOctober 24, 2022
Read More
×
Double XL Review: Huma Qureshi, Sonakshi Sinha’s film will help plus-size women overcome anxiety and fear
Rewind: Anil Kapoor’s cult and iconic film Parinda completes 33 years
What does it take to cast for a film like Brahmāstra, director Ayan Mukerji explains
Reasons why you should be watching Brahmāstra on Disney+ Hotstar
Deepika Padukone on working with Shah Rukh Khan in Pathaan: For me working with him is like going back home
Sonakshi Sinha-Huma Qureshi on Double XL: It’s for those who have been called misfits