Take a look at all the films and series announced by Netflix India at its global fan event Tudum. 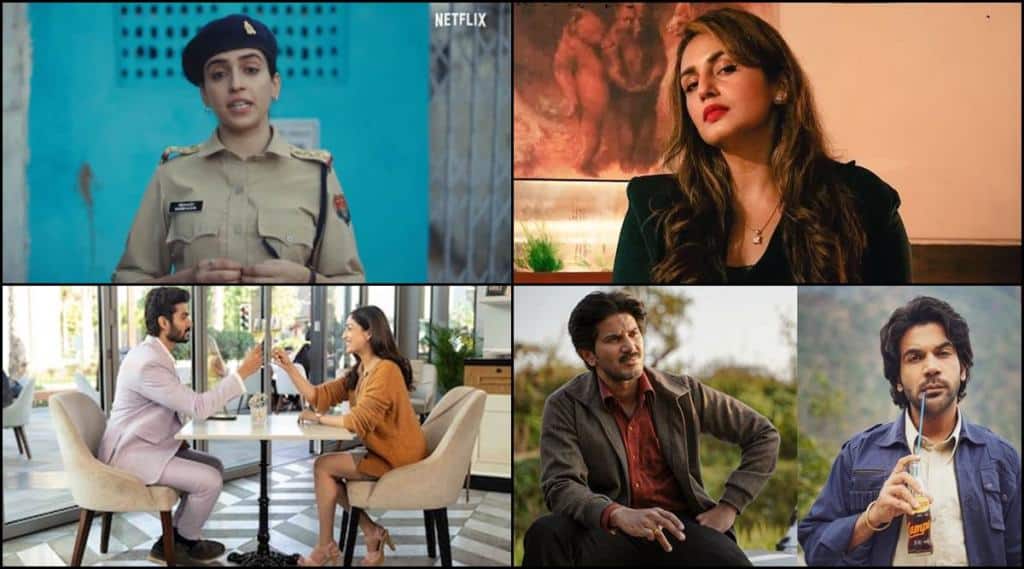 Check out the list of films and series releasing on Netflix

Netflix’s much-awaited global fan event Tudum is finally here. The streaming giant has announced some of the most-anticipated films and web series at the global event. From Monica, O My Darling, and Scoop to Guns And Gulaabs and Kathal, Netflix has something to offer from all genres. Take a look at all the films and series announced by Netflix India at its global fan event Tudum.

Monica, O My Darling started the show with an epic musical number starring Huma Qureshi and Rajkummar Rao, introduced by star Radhika Apte (who, as you might’ve caught in the show, didn’t quite see herself in her work). The movie is a neo-noir about the perfect plan that leads to mayhem: lust, blackmail, betrayal, blood, whodunnit, and some robots crushing human skulls. Directed by Vasan Bala and produced by Matchbox Shots, this crime drama also stars Sikandar Kher, Sukant Goel, Zayn Marie Khan, Bhagawati Perumal, and Akansha Ranjan Kapoor.

Next up was Rana Naidu, presented by the real-life uncle-nephew duo who play a father and son in the series – Rana Daggubati and Venkatesh Daggubati. They discussed mass appeal and what fans can watch out for in Rana Naidu (“a whole lot of action, a whole lot of thrills”), and set up the teaser. Taking place in Mumbai, Rana Naidu is about a guy who does the dirty work for the city’s most powerful people — in other words, Naidu is a fixer. However, the drama unfolds when his father is unexpectedly released from prison, setting off a chain of events that could change everything. Produced by Locomotive Global Inc and Sunder Aaron and Directed by Karan Anshuman and Suparn S Varma, this thrilling series stars Rana Daggubati, Venkatesh Daggubati, Surveen Chawla, Sushant Singh, Abhishek Banerjee, Suchitra Pillai, Gaurav Chopra, Ashish Vidyarthi.

Following Rana Naidu was a behind-the-scenes look at Khufiya, introduced by Vishal Bhardwaj, one of India’s most celebrated filmmakers. Bhardwaj explained that Khufiya is based on the novel Escape to Nowhere, inspired by real-life events and written by an ex-spy. Powerful actors like Tabu, Ali Fazal, Wamiqa Gabbi, and Ashish Vidyarthi star in this spy-drama.

Next up, Koli was transported to the newsroom to introduce Scoop, a series based on the true story of the aftermath that takes shape after a reporter who was gunned down in broad daylight. In the sneak peek, audiences got a glimpse of the series inspired by Jigna Vora’s book Behind The Bars In Byculla: My Days In Prison. Scoop  traces the journey of Jagruti Pathak, an ambitious crime journalist whose world comes crashing down when she’s charged with the murder of a fellow journalist, and the truth is quietly buried as she waits out a trial. Directed by Hansal Mehta, Scoop is produced by Matchbox Shots, Sanjay Routray & Sarita Patil and stars  Karishma Tanna, Mohammad Zeeshan Ayyub, Harman Baweja, Deven Bhojani, Tannishtha Chatterjee, Tejasvini Kolhapure, Shikha Talsania, Tanmay Dhanania & Inayat Sood in key roles.

Of course, not all true crime involves murder. Next up on the Tudum India show was a light-hearted first look at Kathal (which translates to “jackfruit”). It’s lightly based on a true incident  — when a local politician’s prized jackfruits go missing, it turns into a bizarre case that falls into the lap of a young and earnest police officer, played by Sanya Malhotra. Kathal marks the directorial debut of Yashowardhan Mishra and is produced by Sikhya Entertainment and Balaji Telefilms.

The show was introduced by a soup-slurping Manoj Bajpayee (who also happens to be one of the stars). Directed by Abhishek Chaubey, Soup follows chef Swathi Shetty as she cooks up a master plan to replace her husband with her lover. But when a bumbling local inspector and a squad of villainous meddlers get involved, her plans could go cold before she knows it. Soup has been directed by Abhishek Chaubey and produced by Honey Trehan & Chetana Kowshik. The one-of-it’s kind thriller stars Manoj Bajpayee, Konkona Sensharma, Nasser, Sayaji Shinde and Lal.

The next Tudum India sneak peek was all about a CAT. Well, actually, in this case, a CAT is a person -, a former civilian informant, played by Randeep Hooda. The teaser gives audiences a glimpse of the gritty narrative. Gurnam is forced to become an informant again to save the life of his brother, which forces him to come to terms with his dark past. Bringing together a powerful trio, CAT has been directed by Balwinder Singh Janjua, Rupinder Chahal, Jimmy Singh and produced by Balwinder Singh Janjua and Panchali Chakraverty.

Haunting, powerful and also rich with excellent music, the Tudum India debut of the Qala teaser was intriguing, to say the least. Set in the 1930s and late 1940s, Qala is the story of the young eponymous playback singer. It’s about her tragic past and the ways in which it catches up with her, causing her to unravel at the peak of her hard-won success. Directed by Anvitaa Dutt and produced by Karnesh Ssharma, Qala stars Triptii Dimri, Swastika Mukherjee, Babil Khan and Amit Sial.

Don’t let host Koli’s flight attendant intro bit fool you — Chor Nikal Ke Bhaga starring Yami Gautam, Sunny Kaushal, and Sharad Kelkar, directed by Ajay Singh and produced by Maddock Films is serious business. Packed with adrenaline, it’s the story of a flight attendant and her business partner on a mission to steal diamonds and free themselves from the clutches of a loan shark. However, at 40,000 feet in the air, the heist goes horribly wrong and turns into a hostage situation. As fans saw from the Tudum India sneak peek, chaos ensues.

Nayanthara: Beyond the Fairy Tale

After all the unexpected laughs, tense drama, and over-the-top musical numbers, this special about one of India’s most intensely private but wildly popular Superstar felt like a welcome addition to the Tudum India lineup. The special follows the love story of Nayanthara, who recently got married in a fairy tale wedding to filmmaker Vignesh Shivan. Nayanthara: Beyond the Fairy Tale gave the Tudum India audience an all-access peek into their lives, marriage, and beyond. Ace filmmaker Gautam Vasudevan dons the role of director for the special produced by The Rowdy Pictures.

Closing out the show was the first look at Guns & Gulaabs, produced by D2R films and directed by Raj & DK. It’s a genre-bending dark comedy set in a small town in India in the ’90s. Actor Dulquer Salmaan described what audiences will get from Guns & Gulaabs, including love, crime, and a ton of mid-’90s nostalgia. The teaser delivers on that promise: Stay to the end if you’ve ever been curious about what death-by-wrench looks like. Guns & Gulaabs also stars Rajkummar Rao, Adarsh Gourav, TJ Bhanu, and Gulshan Devaiah.