Gehraiyaan, Cubicles, Human, Too Hot to Handle: A streaming guide to January

Netflix’s popular reality show Too Hot To Handle is returning for a third season, while Disney Plus Hotstar is readying to launch the medical thriller Human. 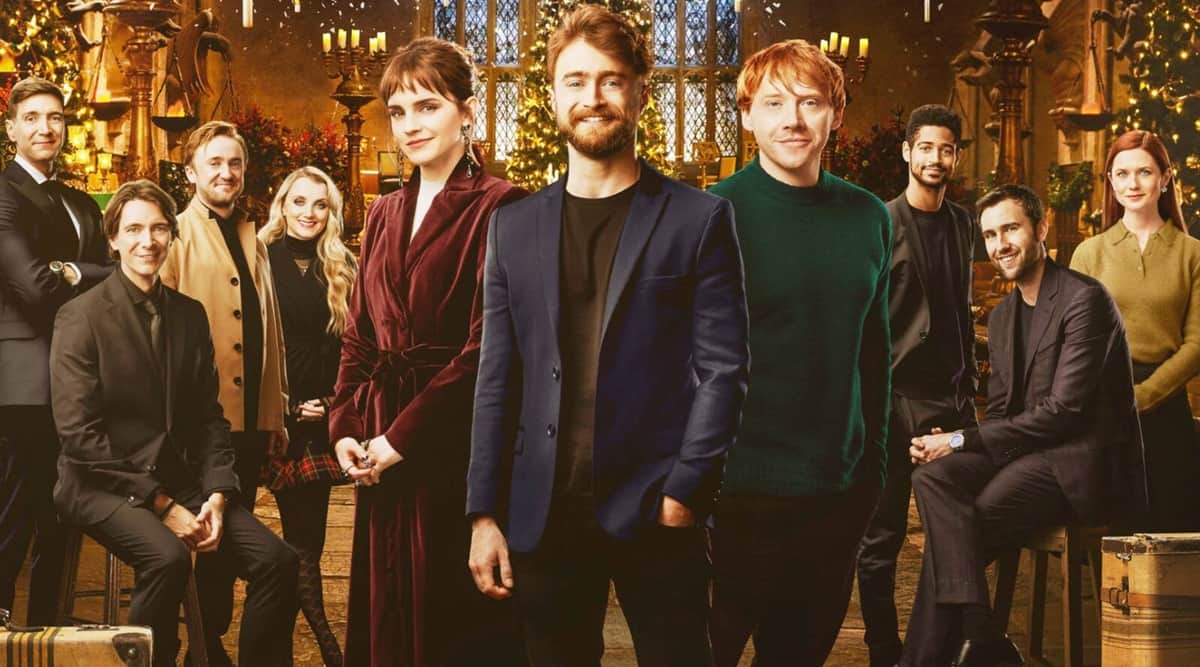 The New Year began with a bang with the much-awaited Harry Potter reunion dropping on Amazon Prime Video. (IE)

The New Year began with a bang with the much-awaited Harry Potter reunion dropping on Amazon Prime Video. Now, streaming platforms are set to ring 2022 with more action, thrill, and romance as a spate of new web series and films are slated for release. Netflix’s popular reality show Too Hot To Handle is returning for a third season, while Disney Plus Hotstar is readying to launch the medical thriller Human. ZEE5, on the other hand, plans to tickle the funny bones with the Naseeruddin Shah-starrer Kaun Banegi Shikharwati.

FE Online takes a look at some of the web series and films be streaming in January.

The Kannada series stars comedian Danish Sait with Geetanjali Kulkarni, Prakash Belawadi, Disha Madan, Tiku Talsania, Shalini Narayan, Varun Thakur, and Vijay Chendoor for company. The comedy revolves around the chauvinistic and corrupt Nograj, who embarks on a thrilling journey from being an MLA to vying for Karnataka’s most prestigious seat — that of the chief minister.

Set in the backdrop of Bollywood’s golden era, Ranjish Hi Sahi revolves around struggling director Shankar (Tahir Raj Bhasin), his wife Anju (Amrita Puri), and diva Aamna (Amala Paul). The filmmaker falls in love with Aamna, stunning his wife and getting him torn between two worlds himself. Created by Mahesh Bhatt, the web series has been written and directed by Pushpdeep Bhardwaj.

The story of fresh college graduate Piyush Prajapati who is recruited by an IT company. The show highlights the highs and lows of a first-time jobber from his first salary, working on weekends, to work-life balance. Created by TVF, the season two of Cubicles stars Abhishek Chauhan, Arnav Bhasin, and Nidhi Bishit.

Starring Shweta Tripathi and Tahir Raj Bhasin, the film is packed with thriller, crime, mystery, romance, and identity crisis. According to the official synopsis, Vikrant, a romantic simpleton becomes Purva’s object of desire. As Purva’s efforts to make him hers begin to destroy all he holds dear, Vikrant finds a new side to him. In order to escape Purva and reclaim his life with Shikha, his true love, Vikrant travels down a dark path, only to regret it later.

The popular reality series returns for a third season with 10 singles locked in an exotic island home. The only rule — every time someone gets physically intimate with a housemate, the $100,000 prize money gets lowered. The show aims to make teenagers build deep connections in this day of hook-ups.

The medical thriller stars Kirti Kulhari and Shefali Shah in central roles and revolves around the human trial of a banned drug that costs several lives and throws the doctors’ lives into chaos.

The web series is about a has-been king (Naseeruddin Shah) who owes huge sums to the government. His right-hand man (Raghubir Yadav) suggests that he get his daughters involved to save the Shikharwati fort. However, all four daughters (Soha Ali Khan, Lara Dutta, Anya Singh, and Kritika Kamra) share a dysfunctional relationship and are competing against each other for the Shikharwati throne. The comedy also stars Varun Thakur and Cyrus Sahukar.

A slice-of-life family drama with deep emotional turmoil, light humour, and sibling camaraderie, the series is helmed by Toilet: Ek Prem Katha director Shree Narayan Singh with Ayesha Raza, Vivaan Shah, Shiv Pandit, and Plabita Borthakur playing prominent roles. The premise revolves around a family where the children return to their Bhopal home weeks before Diwali. During the visit, they undergo a challenging but necessary emotional and spiritual cleansing.