A long time ago in a galaxy far, far away, a helmetless storm trooper appeared in frame, panicked and sweaty… 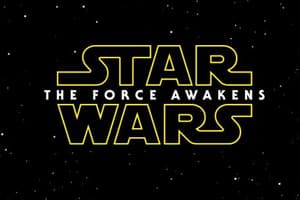 'Star Wars: The Force Awakens', may be the third-biggest film ever at the global box office, but it failed to grab a spot on best picture Oscar awards nominations 2016 list on Thursday. 'Star Wars: The Force Awakens', the seventh installment of the space adventure saga created by George Lucas, did get five nominations, but they were limited to original score and technical categories like visual effects and editing. (Reuters photo)

A long time ago in a galaxy far, far away, a helmetless storm trooper appeared in frame, panicked and sweaty in the middle of vast desert landscape, kicking off the first official look at ”Star Wars: The Force Awakens.”

After months of leaked images and idle speculation around director J.J. Abrams’ film, Disney and Lucasfilm on Friday debuted an 88-second teaser trailer for the seventh entry into the blockbuster franchise online and in about 30 North American theaters.

The dark, energetic teaser, which has been watched nearly 3 million times on YouTube, blasts viewers with quick, disjointed images of classic and slightly altered ”Star Wars” images, like TIE Fighters, X-Wings, droids and the Millennium Falcon.

Set to a new John Williams score, audiences get a peek at newcomers John Boyega (the storm trooper in question), Daisy Ridley, Oscar Isaac and a mysterious caped man in a frozen forest carrying a three-pronged light saber. Many assume the sinister, lumbering figure to be Adam Driver, who is rumored to be playing a villain in the highly secretive movie.

Andy Serkis is responsible for the haunting voiceover narration throughout the short spot, which previews a world 30 years after the events of ”Return of the Jedi.”

Despite some negative reaction, overall, fans were not disappointed, even with the sobering knowledge that the actual film doesn’t hit theaters till Dec. 18, 2015.

”Guardians of the Galaxy” director James Gunn also weighed in, writing, ”Because everyone keeps asking me my opinion, I LOVED the Star Wars trailer. It infused me with a giddy-little-kidness.”

Commenters on the longstanding ”Star Wars” fan site TheForce.net were similarly delighted by the visuals, which seemed to pay homage to the grungy aesthetic of George Lucas’s original trilogy.

There may have been no plot clues to be gleaned from the advertisement, but fan interest has certainly been piqued with the exciting array of images and the notable lack of original cast members Carrie Fisher, Mark Hamill and Harrison Ford.

Next Story
Movie review: Zed Plus