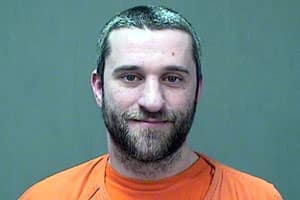 Dustin Diamond, who played Screech on the 1990s TV show “Saved by the Bell,” was charged with stabbing a man during a bar fight on Christmas.

According to the criminal complaint, Dustin Diamond told police that he and his fiancee went out to several bars Thursday night in Port Washington, about 30 miles north of Milwaukee. The couple, who lives in Port Washington, got into a tussle with two men and another woman at the Grand Avenue Saloon, the complaint said.

Port Washington police say they responded at 11:15 p.m. Thursday to a report of a stabbing at a bar. When police caught up with their SUV down the road from the bar, Diamond told police he had a “pen” in his hand when he grabbed one of the men, according to the complaint.

Port Washington police found in the car a switchblade, the point of which was covered in what appeared to be blood. Diamond later told police he accidentally stabbed the man while trying to defend his fiancee, according to the complaint.

The man had been stabbed under the armpit and police said he was not seriously injured.

Dustin Diamond appeared Friday afternoon in Ozaukee County court, where bail was set at $10,000. His next hearing is scheduled for Dec. 29. His fiancee, 27-year-old Amanda Schutz, also faces a disorderly conduct charge.

His agent declined comment Friday morning, and no attorney was listed in court records.

Since his decade-long run at Bayside High, Diamond has been sued several times for delinquent taxes and in foreclosure proceedings for missing mortgage payments. He has appeared on reality TV shows, made a sex tape and most recently produced a tell-all documentary on Lifetime TV called “The Unauthorized Saved by the Bell Story.”

Next Story
Rapper Eminem is gay?