Don’t expect me to shake a leg with Alia Bhatt at this age: Sanjay Dutt

Sanjay Dutt said that his upcoming movie will be centred solely on him and that no one had to fear about an expose of them in the flick. 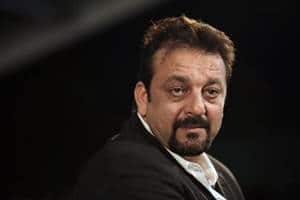 The star who plans to make his comeback to the silver screen with the movie 'Bhoomi' celebrates his 58th birthday today. (Reuters)

In a time where superstars like Shah Rukh Khan and Salman are coming out with flicks where they are romancing women half their age, Sanjay Dutt has dispelled such notions about himself and said that he will be doing films more suited for his age.

When asked about his upcoming film where he has a grown up daughter, Dutt said “Don’t expect me to dance with Alia Bhatt beneath a tree.

I will do films that are more suited for my age and that fare well. This film will have action and comedy and yes, I will be seen with a daughter.”

Talking about his upcoming biopic, Dutt said that the movie will be centred solely on him and that no one had to fear about an expose of them in the flick.

When asked to comment on the ongoing row over Udta Punjab, Dutt said that there should be absolutely no pressure on the film industry whatsoever, as they were there with the sole purpose of entertaining.