The revisiting of one of the most dreaded cases still haunting people’s memories stirred a storm. 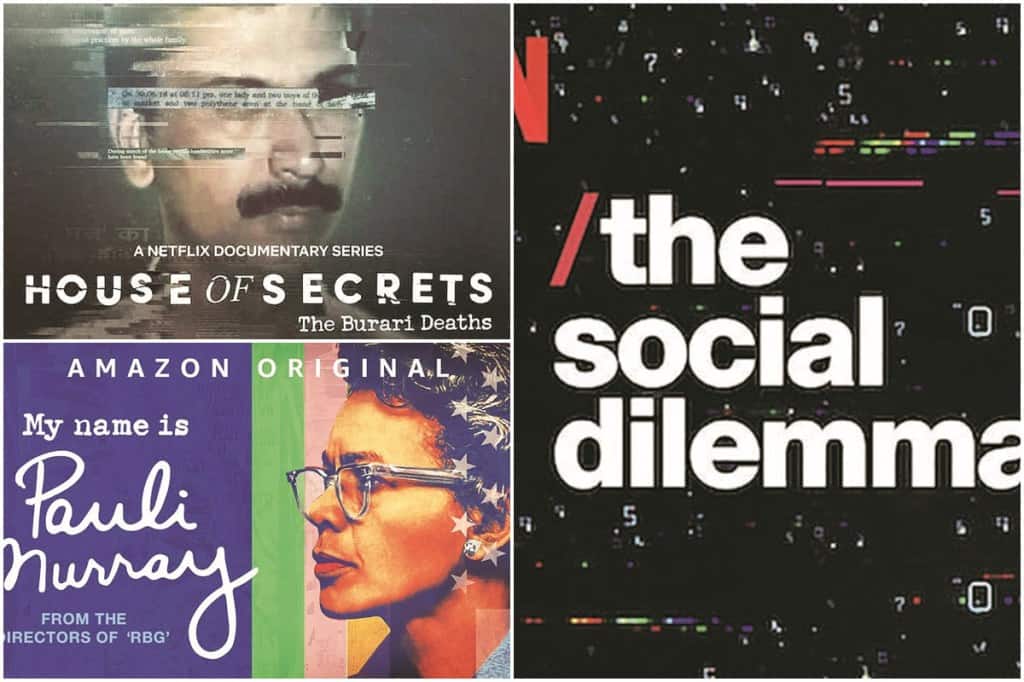 Be it this or any other documentary series, the audience loves watching a real drama unfold on screen. We bring you documentaries based on true incidents that you can watch.

In October, House of Secrets: The Burari Deaths premiered on Netflix. The revisiting of one of the most dreaded cases still haunting people’s memories stirred a storm. The psychological factors involved in the case and the chain of events shocked many who were unacquainted with the episode. Be it this or any other documentary series, the audience loves watching a real drama unfold on screen. We bring you documentaries based on true incidents that you can watch.

The 2021 docuseries on Netflix by Leena Yadav and Anubhav Chopra explores the several theories surrounding the death of 11 members of a family in 2018. The true-crime docuseries explores various angles of the investigation as it happened along with interviews of several people who knew them in an attempt to establish what could have led to the death of the 11 members of the family. The series shows the importance of mental health awareness in the country and what ignoring it could lead to.

My Name is Pauli Murray

The 2021 American documentary by Betsy West and Julie Cohen follows the life of lawyer and activist Pauli Murray and is available on Amazon Prime Video. Murray had argued that the equal protection clause of the 14th amendment outlawed sex-based discrimination. The film features several scholars of her work like Brittney Cooper and Rosalind Rosenberg. It also includes coverage of Murray’s papers present at the Schlesinger library. Her influence on Ruth Bader Ginsburg is detailed throughout the narrative of the film.

The 2020 American docudrama is about how social media’s algorithm gives way to addiction and manipulates and influences views, choices, emotions and behaviour while also spreading misinformation and conspiracy theories to maintain a profit-making entity. Featuring interviews of ex-employees, the film features how social media impacts mental health leading to suicides and negative impact on adolescents. The docu-film received seven nominations at the 73rd Annual Emmy Awards.

The documentary sketches the rise and fall of yoga guru Bikram Choudhury. He went on to build an empire through his practice. However, it started crumbling as disturbing revelations of sexual abuse of his female followers came to light. Bikram would train teachers in hot yoga and help them establish schools under his name. The film was released in 2019 and showed him building and expanding his yoga business along with his wife. He faced several charges like rape, discrimination and harassment from his students but fled to Mexico in 2017.

The 2018 documentary short film by Rayka Zehtabchi is about Indian women leading a revolution, albeit quietly. It stars Arunachalam Muruganantham, Shabana Khan, Gouri Choudari, Ajeya, and Anita and follows a bunch of local women from Hapur as they embark on a journey of learning to operate a machine that makes low-cost, biodegradable sanitary pads that can be sold to rural women at cheap prices. This helps in improving hygiene and gives access to one of the most important basic necessities for a woman. It also empowers women to forgo taboos related to menstruation and become economically secure. The film was inspired by the real story of Arunachalam Muruganantham, a social activist from Coimbatore who came up with the idea of affordable pads. The film Padman starring Akshay Kumar, too, is based on his story.

Conversations With a Killer: The Ted Bundy Tapes

This is the story of America’s most dreaded and notorious serial killers who was convicted in the murders of more than 30 women before finally being caught in 1978. The series explores his mind through the archival footage and audio recordings of Bundy created when he was on death row in order to get the unique perspective of hearing the killer analyse his own life and motives. The four-part series was created by using more than 100 hours of interviews. Another documen-tary on Ted Bundy is available on Amazon Prime Video by the name of Ted Bundy: Falling for a Killer.

The American documentary series is based on actor Gwyneth Paltrow’s lifestyle and wellness company Goop. Paltrow is the host and the executive producer of the series that premiered in 2020. The series makes several health claims, however unsubstantiated, and hence attracted criticism. It gives out anecdotes and experiences instead of science-backed proofs and facts. Some labelled it as ‘pseudoscience’ while others supported it for giving out a positive look at women’s issues and desires.