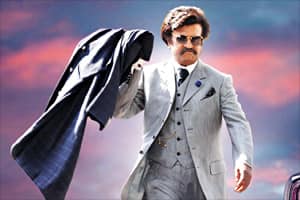 This week witnessed the release of small-budget films like Main Aur Mr. Riight and Badlapur Boys. But with a bearish run, box office collections of these films didn’t pick up. Action Jackson too saw low footfalls. But Lingaa that released in Tamil and Telugu, though, has done well, garnering both critical acclaim and audience appreciation on a pan India basis.

While, Main Aur Mr. Riight was rejected by the audience, Badlapur Boys, the first sports film on kabaddi did reasonably well, collecting about Rs.50 lakh in the opening weekend. As Manoj Desai of G7 Cinemas said, “This week has been worse than before. The occupancies are below par. At times, there are only six to ten people watching the movie. We are facing huge losses.”

According to exhibitor and distributor, Akshaye Rathi, “Badlapur Boys and Main Aur Mr. Riight are not doing great at the box-office; they have failed to excite audiences.”

The mood at the multiplexes was gloomy as well as Gautam Dutta, Chief Operating Officer of PVR Cinemas says, “The content brought in this week has fared only partially well.”

Lingaa that released in Tamil and Telugu all over India, was well appreciated. The film released on Rajinikant’s birthday (December 12) and did exceptionally good business in the South. Dutta adds, “After the success of Endhiran, Lingaa was the widest regional release. The film opened well on Friday and has had a wonderful weekend in the South. The overall occupancy was 57 per cent.”
Expressing similar emotions, Rathi says, “In the South, it’s been phenomenal with Lingaa’s release on Rajinikant’s birthday. Massive number came in from there, but pan-India, it was low as the Hindi version releases only on December 26.”

The international releases this week included Jessabelle and Hobbit: Battle of Five Armies. Though last week’s releases still hold fort, the new releases have found a limited crowd. As Dutta mentions, “In its third week, Penguins of Madgascar is still attracting audiences. Even Interstellar is holding very well in a limited number of shows and in the IMAX format. As a franchise and a wider release, Hobbit’s performance was in line with expectations. It is holding at 43 per cent occupancy while, Jessabelle, with 25 per cent occupancy, has been doing fine in a limited number of screens. Also, Penguins Of Madgascar (53 per cent ), Interstellar (58 per cent ) and Gone Girl (43 per cent ) are doing well.” Rathi adds, “Hobbit is doing well in its own space while rest of them are not that impactful.”

Last week was nothing exceptional as films such as Action Jackson failed to take off. Sulemani Keeda sank without a trace. Bhopal: A Prayer For Rain, a docu-drama on the 1984 Bhopal gas leak tragedy, couldn’t shake the crowd as well. It managed to collect just about Rs.1.25 crore in its first week. Happy Ending also ended its third week run on a sad note while Kill Dill also faded away after managing to add Rs.10 lakh in its fourth week earning a lifetime collection of Rs.33.97 crore.

Muralidharan of Eros, a single screen theatre in Mumbai says, “The performance of Action Jackson is not exceptionally great, but it’s done fine.”

Trade analyst Vinod Mirani mentions, “Ajay Devgn-starrer Action Jackson, though counted among major productions, has failed miserably. The film opened badly and has ended this week at Rs.46.15 crore. While, Zid has done well and collected Rs.35 lakh in its second week to take its two week total to Rs. 6.25 crore, Ungli has added Rs.60 lakh to its collections, taking its two week tally to Rs.15.4 crore.

Dutta also adds, “Action Jackson has found takers in Tier II and III cinemas and so it continues. The 20 years on Dilwale Dulhania Le Jayenge (DDLJ) is still attracting audiences. What was to be only a weekend engagement has turned into a week-long arrangement, with some cinemas even increasing shows of the all-time legendary film.”

With the past several weeks not living upto expectations, the box-office gamble with even big-budget films not making a mark has left cinema-owners and production houses with a deep hole in their pockets. With PK starring Aamir Khan, Anushka Sharma, Sushant Singh Rajput and Sanjay Dutt, being the only film releasing next week, we may just see the tide turning in favour of the industry.