Beyond the rainbow: Reflections of a changing mindset

Bollywood films are increasingly reflecting the lives of the LGBTQ+ community and how mindsets are changing in society. KASHISH, an upcoming queer film festival, aims to celebrate these agents of change. 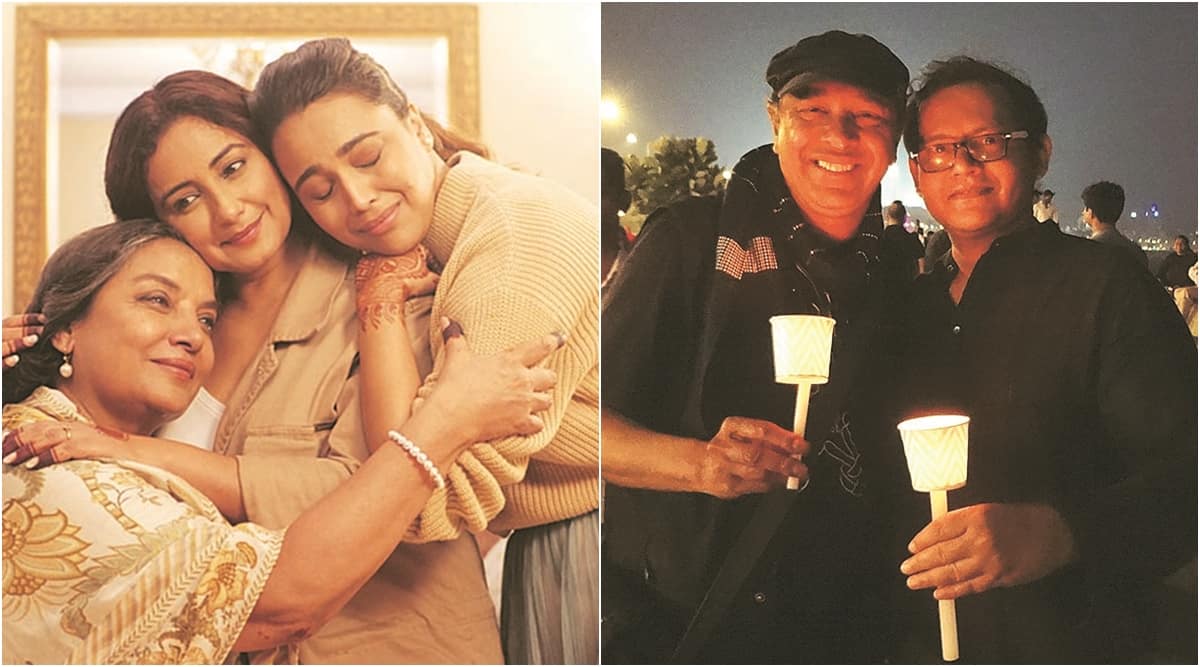 The 13th edition of KASHISH Mumbai International Queer Film Festival will be held during the ‘Pride Month’ (June).

There’s something that stays with the audience when they watch the emotional coming-out scene of Rajkummar Rao in the film, Badhaai Do. He remarks, ‘Gay hai hum’, as he supports his wife’s sexuality and explains to his shocked family members how this was not a disease but a natural choice for many. Similarly, in Chandigarh Kare Aashiqui, Vaani Kapoor’s life is a struggle, as she fights to be what she is—a trans woman. However, as she falls in love with a boy (Ayushmann Khurrana), the conflict and resolution of the plot take the audience through the highs and lows of the journey of trans people. Meanwhile, Khurrana’s Shubh Mangal Zyada Saavdhan is a typical Bollywood romantic drama on the lines of Dilwale Dulhaniya Le Jayenge but with a twist—the journey of falling in love with a man of the same sex and the family’s opposition and eventual acceptance of the relationship.

These Bollywood titles are not just examples of how the film industry is finally reflecting this side of society but also how mindsets are changing, one film and one story at a time. The 13th edition of KASHISH Mumbai International Queer Film Festival, which will be held during the ‘Pride Month’ (June), aims to screen such films that are agents of change when it comes to homosexuality. Conceptualised in 2010, the annual fest is both a celebratory space for the LGBTQ+ community and a space for the audience to get a peek into their lives and dispel myths and misconceptions.

The power of cinema to change perceptions of the general population towards the LGBTQ+ community is the reason we organise KASHISH year after year, says Sridhar Rangayan, the festival director. He adds, “We know that KASHISH has made an impact, and we sincerely hope that stigma and discrimination of LGBTQ+ person will end soon, and we too will have an equal place in society.”

In 2016, Manoj Bajpayee’s Aligarh won critical acclaim for its depiction of the story of Dr Shrinivas Ramchandra Siras on whom a sting operation was carried out to determine his sexual orientation. Talking about the way that Indian mainstream cinema has been portraying the LGBTQ+ stories for a few years now, Rangayan says that Indian mainstream cinema is still coming of age with a few good portrayals in some of the films that have been released over the past decade— namely Aligarh, Angry Indian Goddesses, Evening Shadows, Ek Ladki Ko Dekha Toh Aisa Laga, Shubh Mangal Zyada Saavdhan and Badhaai Do.

“But these are just a handful, and it is really sad that we don’t have more coming from Hindi cinema which produces close to 500-600 films every year. But what is heartening are the independent films, the documentaries and short films, and regional language films, which portray with great sensitivity and candidness the true lived-in experiences of LGBTQ+ persons,” Rangayan says, while adding that there shouldn’t be LGBTQ+ characters just for pink washing, but there should be substantial pivotal roles for them. “We also should have real life transgender persons playing transgender roles and not cisgender men or women playing these parts,” he says, referring to how heterosexual actors have portrayed trans roles so far in Hindi films.

Of the over 184 films, 42 are in competition in nine categories, vying for a total cash award of Rs 2,25,000, and the KASHISH Golden Butterfly Trophies.

Rangayan reveals that KASHISH is also distributing Indian LGBTQ+ films on Disney Hotstar and MxPlayer to target a larger audience.

Films across languages like Antharam, Chhoti Shameez, Holy Wound, Dal Bhat, Her Canvas, Man & Wife, Sheer Qorma and Partner, among others, are also set to be screened at the festival. The biggest south Asian queer film festival is also the first LGBTQ+ fest in India to be held in a mainstream theatre with approval by the information and broadcasting ministry.