Bajirao Mastani box office collections at Rs 167.1 crore were such that they beat Aamir Khan’s PK movie, which had logged collections of Rs 340.8 crore, and Shah Rukh Khan’s Dilwale at Rs 144.67 crore. Check out how. 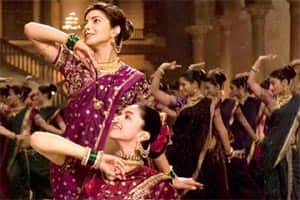 In this report we take a look at how each film fares at the box-office in comparison to the previous releases based on a ‘system’ Aamir Khan had revealed. This has thrown yet another comparative metric into the box office collections story, and, it revealed in the process that Bajirao Mastani box office collections at Rs 167.1 crore were so high that they beat Aamir’s own PK movie, which had logged collections of Rs 340.8 crore, and Shah Rukh Khan’s Dilwale at Rs 144.67 cr. However, Aamir’s 3 Idiots remained on top with Rs 202.47 crore.

According to Aamir Khan, “To measure a film’s success, you need to see the weekend figures and compare it with the total collection. Like 3 Idiots did Rs 40 crore on the weekend and the total business was Rs 202 crore, so the weekend multiplied by 5, is the behavior of the film which is very good. That shows people have gone again and again to see the film. Jo film teen din mein 100 crore karein aur total mein 200 crore karein, then that film is not good.”

So, while comparing the quality of movies in the chart below, we introduce a metric – Weekend-to-Lifetime Multiple for the Rs 100 crore club. According to this comparison, a higher multiple indicates strong content and therefore longevity at cinemas, which in turn signifies footfalls being attracted in subsequent weeks.

Take a look at the table – focus is on Weekend-to-Lifetime multiples:

Bajirao Mastani at B.O. Create your own infographics

Taking the comparison a step further we also decided to list a few of the films that have featured a good multiplier rating. Unlike the 100 crore club this list comprises of smaller releases like Vicky Donor, Ishaqzaade, Raajneeti, Tanu Weds Manu and others. Here it is the Ayushmann Khurrana, Bhumi Pednekar starrer Dum Laga Ke Haisha that takes the second slot.