The tough and uncompromising policeman fearlessly locking horns with the mob has long been a movie staple. 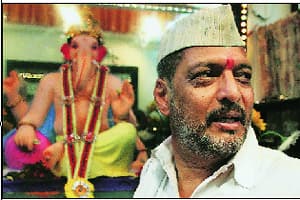 The tough and uncompromising policeman fearlessly locking horns with the mob has long been a movie staple. In 2004, Ab Tak Chappan gave us the story of “encounter specialist” Sadhu Agashe, based on real-life cop Daya Nayak, and it was a cracking film about crime and punishment.

Nana Patekar reprises his role in the sequel, which leaves you wondering why it was made. Instead of creating an ensemble, with principal characters sharing the screen to keep up interest levels high, the film positions Patekar as the hero in mouldy Bollywood style. Patekar giving speeches in his trademark manner we can still deal with, but Patekar leaping from one place to another, the camera having to resort to tricks to make us believe?

The beginning is promising, but the film soon palls. Sadhu (Patekar), along with his young son, is leading a “retired” life, when a friend and compatriot (Agashe) persuades him into coming back to his old job as the head of Mumbai’s famed “encounter squad”, which was set up to get rid of the underworld.

Like the previous time, Sadhu is stymied by un-cooperative colleagues, and other enemies. As the “squad” goes about its job, leaving corpses in its trail, we are treated to a series of crazy camera angles and loud background music, and after a point, everything, including the good men who are actually evil, becomes predictable.

Patekar is same old, only more worn. Grizzly cops can be deeply magnetic because they know more about the city they operate in than many other people, but this film keeps it all on the surface and clunky with it. And shackles it further with badly-sketched cohorts: Gul Panag, for example, shows up as a “crime reporter” lurking in all kinds of improbable places.

This kind of film can work if it has a new spin on an old story. But the cop who gets busy notching up kills, without making us wonder about the morality of someone taking it upon themselves to exterminate humans, is a cipher. So is the film. And the worst part? It’s full of blips, everyone’s lips going silent, as soon as, presumably, a cussword comes along.