Check out Hrithik Roshan’s some of the biggest buys. 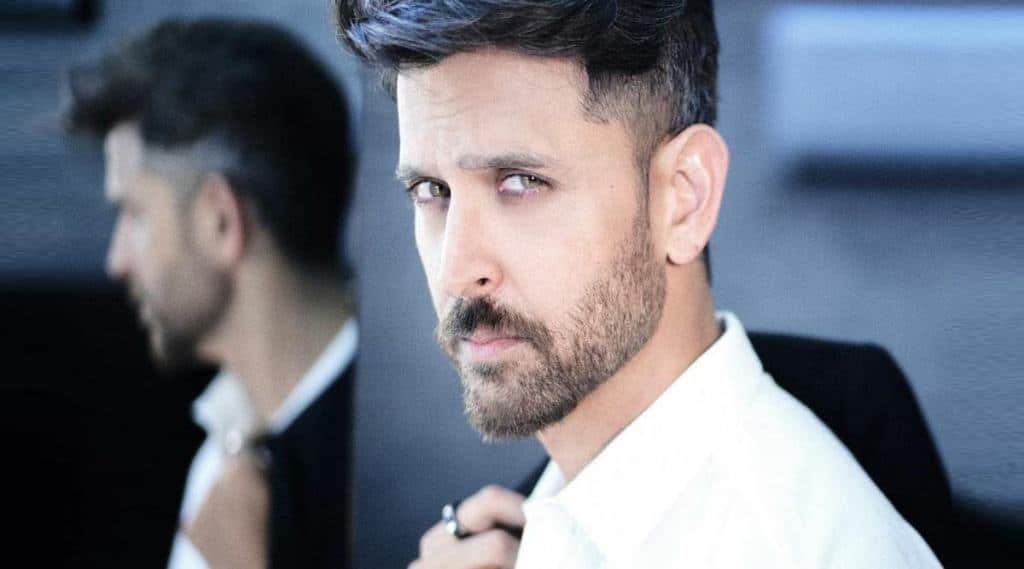 Hrithik Roshan, one of the finest actors in the Hindi film industry was named as the ‘World’s Most Handsome Man’ in the year 2019 and we don’t doubt it for even a second. The actor has been part of Bollywood for over 25 years now and has given us many hits like Kaho Na Pyaar Hai, Kabil, Agnipath, Super 30, and many more. His latest film Vikram Vedha was released in theatres today and has been receiving rave reviews from the fans and the critics.

Vikram Vedha is an official Hindi remake of a Tamil film with the same title, which starred R Madhavan and Vijay Sethupathi in the lead roles is an action-thriller written and directed by Pushkar-Gayatri. The film is full of twists and turns, as a tough cop Vikram (Saif Ali Khan) sets out to track and chase a dreaded gangster Vedha (Hrithik Roshan). What unfolds is a cat-and-mouse chase, where Vedha – a master storyteller helps Vikram peel back layers through a series of stories leading to thought-provoking moral ambiguities.

Also Read
Mili Review: Here’s why you should watch Janhvi Kapoor’s film this weekend
Here’s what makes Janhvi Kapoor one of the most bankable actors in Bollywood
Rewind: Anil Kapoor’s cult and iconic film Parinda completes 33 years
What does it take to cast for a film like Brahmāstra, director Ayan Mukerji explains

Here we take you through 6 of Hrithik Roshan’s most prized possessions:

A sea-facing home in Mumbai’s Juhu

Hrithik Roshan’s sea-facing duplex in Mumbai’s Juhu dons Santorini-themed architecture. He also owns a penthouse spread over 38,000 sqft and another apartment on Mumbai’s Juhu-Versova link road. The penthouse offers a breathtaking view of the Arabian Sea. The duplex comes with an exclusive elevator which takes one to the open-to-sky-terrace. The luxurious abode costs Rs 67.5 crore and has a parking space for over 10 cars and is often described as a mansion in the sky. The Vikram Vedha actor’s second house, a standalone apartment, is priced at Rs 30 crore in addition to its stamp duty cost of Rs 2 crore.

A 7-acre farmhouse in Lonavala

Hrithik Roshan owns a 7-acre property in Lonavala, as per a report in Mumbai Mirror. The sprawling farmhouse comes with various amenities – four bedrooms, private swimming pool, a gym, and a garden for organic farming.

Hrithik Roshan has a thing for luxury vehicles. The Kaho Na Pyaar Hai actor has some of the most expensive cars parked in his garage. He owns Rs 7 crore worth Rolls-Royce Ghost Series II. The swanky car is powered by a 6.2-litre twin-turbo V12 engine that can make 563 hp and 780 Nm of torque. It comes with a top speed of 250 kms/hour and can go from 0 to 100 kms/hour in 4.9 seconds.

Another one in his garage is Mercedes Maybach. He has often been photographed in his luxury car which costs nearly Rs 2.70 crore as per CarDekho. S600 Maybach, one of the most luxurious cars in the world, is powered by a 6.0-liter V12 petrol engine that generates 523 bhp and 830 Nm torque.

Hrithik Roshan is known for his style. The actor has a unique collection of expensive watches including Rs 7.5 lakh Rolex Submariner Date. He also owns Cartier, Rado, a Jaeger-LeCoultre and more.

Other than his multiple brand endorsements, Hrithik Roshan owns a homegrown fitness brand named HRX. As per reports, the sportswear brand has a net worth of around Rs 200 crore.

Follow us on
Latest News
KV Kamath named RIL independent director
Low capex growth likely: Centre mulls tight Budget for 2023-24
Govt to Vodafone Idea: Equity conversion after 5G rollout
Doing Business redux
Paving the way for climate in finance
Must banks be big to succeed?
India set to dominate global supply chain: Tata Sons chief
Photos
Heart-wrenching! Here is a look at Morbi and the suspension bridge that collapsed
4 days agoOctober 31, 2022
In Pictures: PM Modi in Kargil to celebrate Diwali with soldiers, says, ‘All of you have been my family for years now’
2 weeks agoOctober 24, 2022
In Pictures: PM Modi inaugurates Deepotsav in Ayodhya; World record set by lighting of over 15 lakh diyas
2 weeks agoOctober 24, 2022
Read More
×
Mili Review: Here’s why you should watch Janhvi Kapoor’s film this weekend
Here’s what makes Janhvi Kapoor one of the most bankable actors in Bollywood
Double XL Review: Huma Qureshi, Sonakshi Sinha’s film will help plus-size women overcome anxiety and fear
Rewind: Anil Kapoor’s cult and iconic film Parinda completes 33 years
What does it take to cast for a film like Brahmāstra, director Ayan Mukerji explains
Reasons why you should be watching Brahmāstra on Disney+ Hotstar