As the Indian National Flag flies high in the sky, many took to social media to wish the country on Republic Day. 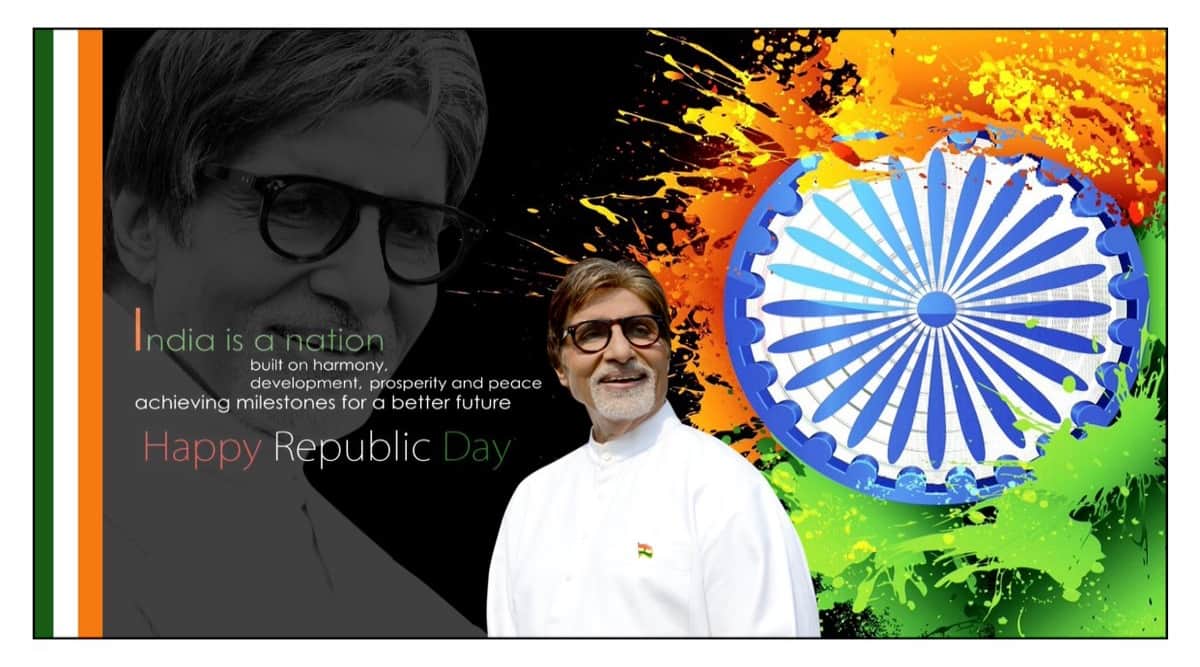 Veteran Bollywood actor Amitabh Bachchan greeted fans and shared a slew of photographs, a few of which show him dressed up in white and holding the flag of India. He also shares a photoshopped photograph of him sporting a tricolour beard that received mixed response.

Padmashree Kangana Ranaut shared a video of the older version of the national anthem that served as the anthem of Subhash Chandra Bose’s Indian National Army and the National Anthem of the Provisional Government of Free India after the British left. She captioned the video, “Our first National Anthem… Enjoy”

Taapsee Pannu greeted fans with what the Indian Consitution  that came into force today signifies, ‘OF the people FOR the people BY the people” Happy Republic Day to the PEOPLE of India  #RepublicDay”

Tiger Shroff shares a clip from his music video ‘Vande Mataram’ to celebrate Republic Day of India. the actor has took on the mike and flaunting his killer moves too

Ajay Devgn shared a video of the the motocycle stunts done by Indian Army and CRPF personnel on republic day and captioned it saying, ‘What they can do, I can’t. Truly remarkable#HappyRepublicDay“