Allahabad South is constituency No. 263 of Uttar Pradesh legislative assembly. It belongs to Allahabad district which is situated in Lower Doab region of the state. It comes under the Allahabad Lok Sabha constituency. It is an open constituency. 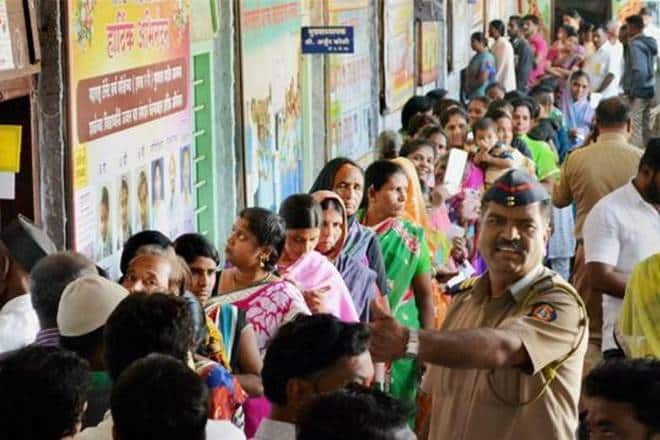 Allahabad South is constituency No. 263 of Uttar Pradesh legislative assembly. It belongs to Allahabad district which is situated in Lower Doab region of the state. It comes under the Allahabad Lok Sabha constituency. It is an open constituency. (Source: PTI)

The Uttar Pradesh Assembly elections are all set to drive into its fourth phase and all major parties running in the fray have big hopes from this round. Third phase of the polls took place in 69 major constituencies in 12 districts where fate of more than 820 candidates were sealed. The key parties to watch out for during the elections are Samajwadi Party (SP), Bharatiya Janata Party (BJP), Congress, Bahujan Samaj Party (BSP). The state has witnessed high-decibel election rallies and roadshows over the past few months and all major political parties have tried their best to lure voters. While the ongoing polls are touted to be a litmus test for the ruling SP, PM Narendra Modi-led BJP has emerged as a strong competitor for the ruling party in the state. As per the ongoing waves, UP chief minister Akhilesh Yadav has managed to build an image of ‘leader for youth’ and have gained a huge vote bank in various regions of the state. His ‘kaam bolta hai’ campaign has gained a good response in rural as well as the urban areas of the state. However, there has been a little anger against him because of the law-and-order failure in the state.

Mayawati-led Bahujan Samaj Party (BSP) has cemented itself as one of lead contenders in this political run. However, the party is still behind in terms of vote bank apart from some particular communities. Even the votes of Muslim community have gone to her in limited areas where the candidates fielded are very strong. The high-octane assembly elections are halfway in India’s most populous state and is is expected to lay the cornerstone for the 2019 Lok Sabha elections. While SP aims at retaining its power, this time with the Congress, both BJP and BSP are fighting to make a comeback.

Allahabad South is constituency No. 263 of Uttar Pradesh legislative assembly. It belongs to Allahabad district which is situated in Lower Doab region of the state. It comes under the Allahabad Lok Sabha constituency. It is an open constituency.

Number of voters
As per the Election Commission data, Allahabad South has a total of 3,24,481 registered electorates out of which 1,80,574 are male and 1,43,892 are female registered voters. The constituency also has 15 voters in the Others category.

What are the key issues
Development and discrimination on the basis of caste and religion are some issue that need to be checked.

Who was the winner last time
SP defeated BSP by a slim margin of just 414 votes to win this constituency. Haji Parvej Ahmad (Tanki) from SP bagged 43,040 votes whereas Nand Gopal Gupta Nandi from BSP got 42,626 votes. The voter turnout was a lowly 45.05 per cent.

Why this constituency is important?
This region touted as one of the most unpredictable seats of the state. Though the sit was won by SP in 2012 assembly elections, but the BJP claims that the wind is in the favour of the saffron party. Both SP and BSP have decent vote bank here, but BJP has put high stakes in order to win this constituency.