UP elections: This woman candidate’s husband was shot 65 times, now she’s taking on the ‘Don’ of the area

Alka had won the 2006 by-elections from Mohammadabad area after her husband’s death. 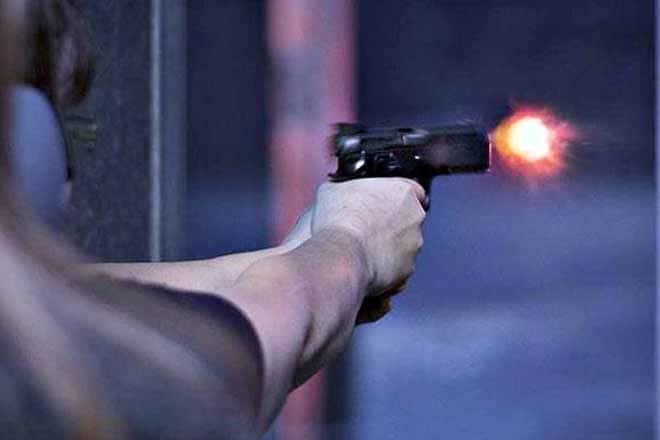 A woman candidate, whose opponent’s brother had allegedly shot her MLA husband 65 times 11 years ago, is contesting 17th Uttar Pradesh Assembly election. Alka Rai, Bharatiya Janata Party candidate from Ghazipur’s Mohammadabad area, is the wife of former MLA Lt Krishna Nand Rai. Alka is in direct contest with strongman Mukhtar Ansari’s brother Sibakatullah Ansari. Mukhtar Ansari is accused of murdering Krishna Nand Rai, then sitting MLA, along with seven others, in broad daylight.
Alka had won the 2006 by-elections from Mohammadabad area after her husband’s death. In 2007, she lost to Sibakatullah by 3,386 in that elections and decided not to contest elections any further. Alka didn’t contest in 2012. The saffron party has once again announced Alka Rai as its candidate for 2017 Assembly Polls.

Politics and crime have always run hand-in-hand in Uttar Pradesh. In first phase, a staggering 168 candidates, which accounts for 20% of total 839, have criminal cases registered against them, says a report by election watchdog Association of Democratic Reforms. Further shocking is that 17%  (143 candidates) have serious criminal cases registered against them. As per the report, 15 candidates have cases related to murder against them, while 42 have cases related to attempt to murder, five candidates are charged with crimes against women including assault or criminal force to woman with intent to outrage her modesty and rape. Further two have declared cases of kidnapping for ransom.

Uttar Pradesh has been a turf driven by strongmen in politics. Quomi Ekta Dal, run by strongman Mukhtar Ansari and his brothers, is one such political outfit, known for its intimidation in Purvanchal area. As the state heads for polls for 17th time, an entire new generation Bahubalis are also contesting elections this time. At least half dozen candidates, whose parents have been known for their criminal backgrounds, are in fray. While most of the new-gen contestants don’t have cases against them, their Baahubali parents have serious charges framed against them. Dinesh Kant Yadav(RLD), Arun Yadav (BJP), Vinay Tiwary (BSP), Suraj Singh (Samajwadi Party), Neelam Karvariya are few candidates who belong to families of political strongmen.

Follow us on
Latest News
Asia Pacific region faces risks from global financial tightening, slowdown in China: IMF official
Gujarat elections 2022: Will saffron sweep Gujarat again? Modi to Morbi – 10 factors that that could make or break BJP’s chances
Rejoice Kolkata! Public commute to get smoother with metro services on these routes
Liminal partners with Metamask Institutional to back institutional adoption of cryptocurrencies
New mutual fund schemes from HDFC AMC provide exposure to growing IT sector and Private Banks. Details
Apple retains the top spot in Interbrand’s 2022 Best Global Brands Report
Reasons why you should be watching Brahmāstra on Disney+ Hotstar
Photos
Heart-wrenching! Here is a look at Morbi and the suspension bridge that collapsed
3 days agoOctober 31, 2022
In Pictures: PM Modi in Kargil to celebrate Diwali with soldiers, says, ‘All of you have been my family for years now’
1 week agoOctober 24, 2022
In Pictures: PM Modi inaugurates Deepotsav in Ayodhya; World record set by lighting of over 15 lakh diyas
1 week agoOctober 24, 2022
Read More
×
Weber Drivetrain sets up BLDC hub motor, controller facility in Pune
Neither govt nor people serious about tackling monstrous problem: Varun Gandhi on worsening air quality in Delhi 
Twitter to allow users to put videos behind paywall and make money: Report
Farm fires’ share in Delhi’s pollution 38%, highest this season
Sony PSVR 2 launch set for February 22; pre-orders to start from November 15: Price, specs and more
UGC urges HEIs to work out modalities to imbibe spirit of ‘Panch Pran’, ‘LIFE’ movement