UP Elections: Meet the ‘most honest’ MLA of Uttar Pradesh

There actually exists an MLA, that too in Uttar Pradesh, who travels by Roadways buses, sweeps his entire house with hands, wears clothes made of cheapest fabric, and doesn’t even own a car. 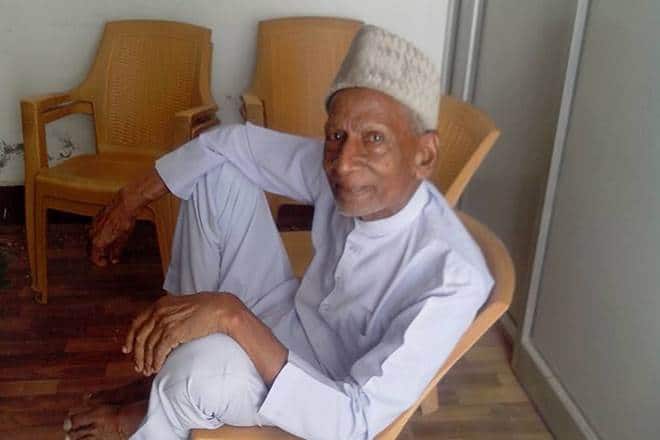 In a place like Uttar Pradesh, where politics is dominated by money and muscle power, it’s almost impossible to imagine a candidate contesting, and moreover winning elections with less than Rs 10,000 in his account. But would you believe that there actually exists an MLA, that too in Uttar Pradesh, who travels by Roadways buses, sweeps his entire house with hands, wears clothes made of cheapest fabric, and doesn’t even own a car. We are talking about three-time Nizamabad MLA Alam Badi, who is contesting for his fourth term from the same constituency. Aaj Tak reports that Badi was offered a ministerial birth by Akhilesh Yadav government in 2012, but he refused to take it, and as he wanted to work for people only.

The 82-year-old lawmaker from SP only Rs 9 thousand in his bank account when he contested the last 2012 Assembly elections. The MLA owns a very cheap mobile handset available at a cost of around Rs 1000, in market.

Alam Badi says that his election campaign has only costed him Rs 2 lakhs so far. He adds that some more expenditure may be incurred in upcoming days. Badi’s last election was also fought on a very low budget.

Badi, who doesn’t have any other business than public service, spends 8 hours daily among the people of his constituency. He says that when he spends his daily 9 am-5 pm time among the people, there’s no need to do special campaigning at the time of elections. Interestingly, when he lost elections once, he continued his practice and once again went to people the next day.

Unlike other politicians, who ostensibly own mammoth properties in name of their relatives, Badi’s is a different story. The politician is father to six sons. Three of Badi’s sons work out of town for jobs. While one of the six brothers own a small furniture shop, and other one works in a private firm earning Rs 15,000 a month. One of his sons works with him as his PA, however, no one can questions upon his sons honesty

Aaj Tak reports that Badi was offered a ministerial birth by Akhilesh Yadav government in 2012, but he refused to take it, and as he wanted to work for people only.

Follow us on
Latest News
India on the side that calls for dialogue diplomacy as the only way out: S Jaishankar at UNGA
North Korea fires ballistic missile ahead of U.S. VP Harris visit
Navratri 2022 date and auspicious time: The Muhurat of Kalash sthapna
US spy satellite launched into orbit from California Vandenberg Space Force Base
Step up e-auction in default cases: Finance Ministry
FDI set to hit record $100-bn in FY23: Govt
Rupee held up better than others against US Dollar, says FM Nirmala Sitharaman
Photos
Stunning PICS: Riverfront Passenger Jetty inaugurated at Bogibeel Road-cum-Railway Bridge
5 days agoSeptember 20, 2022
Final farewell: Queen Elizabeth II will be laid to rest at state funeral-PHOTOS
6 days agoSeptember 19, 2022
Queen Elizabeth II’s funeral: President Droupadi Murmu arrives in London-PHOTOS
6 days agoSeptember 18, 2022
Read More
×
Non-metros drive online festive sales
Inside track by Coomi Kapoor: From Sukhbir Badal-Amit Shah meeting to Shinde’s talks with Raj Thackeray
Premium
Across the aisle by P Chidambaram: The leader and the president
Ringside view: End of an era as Roger Federer walks into hallowed sunset
Fight the kiddy fat: Know how childhood obesity can be checked
More than a gut feeling: How microbes are a necessity in our health